The co-chairperson is currently under treatment at PIMS Hospital 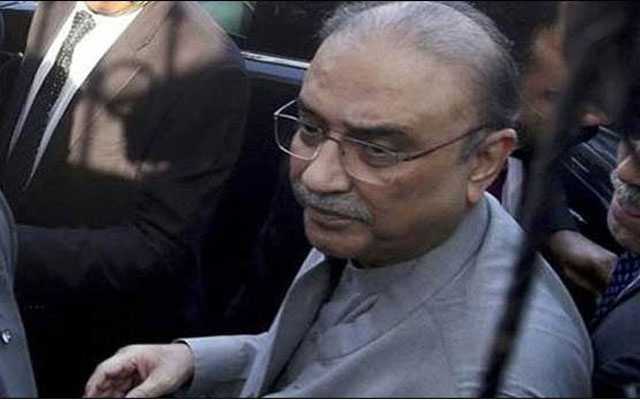 Pakistan People’s Party leader and former president of Pakistan Asif Ali Zardari’s medical reports have been received, being shown that show that his platelets count has dropped to 90,000, while normal range is between 150,000 to 450,000.

The co-chairperson is currently under treatment at PIMS Hospital and shifted there on 22nd October after his health deteriorated as the accountability court extended his judicial remand till November 12 in a case related to fake accounts.

According to the sources, the PPP leader has had a medicine reaction saying that the reduction in platelets of a heart patient normally occurs after acute reaction of pills.

Zardari is also suffering from severe backache and neck strain, for which, doctors have started giving him sleeping pills.  He is also being given insulin and physiotherapy session on daily basis.

Earlier today, the provincial minister of health, Dr Azra said that Zardari is suffering from severe pain in the spinal cord’s S4, S5 and L1 area.

L1 is known as the Lumbar spine. It is located below the cervical and thoracic section of the spine on the lower back and is triangle-shaped. The L1 controls the communication of the brain with the leg. The S4 and S5 are also located on the lower side of the spinal cord.

These S1 to S5 sections are called Sacral Spine that together affect nerve communication to the lower portion of the body.

Dr Azra further told that the PPP leader’s health condition had worsened as he had to travel from jail to city court in an armour van.

The provincial minister was asked if the treatment was possible in Pakistan? To which she replied that it was very unfortunate that there was not any single spinal cord surgeon in Pakistan.

Dr Azra made a request to the government to provide PPP leader proper treatment on humanitarian grounds.

Speaking on condition of anonymity, an orthopedic surgeon at Jinnah Hospital, Karachi revealed that the disorder was treatable at Jinnah Postgraduate Medical Center (JPMC). The orthopedic surgeon stated that Zardari has an old age disorder and the proper treatment for L1 ,S4 and S5 are physiotherapy, medicines and rest.