“These reports are baseless and misleading,” the Foreign Office of Pakistan said in a statement. 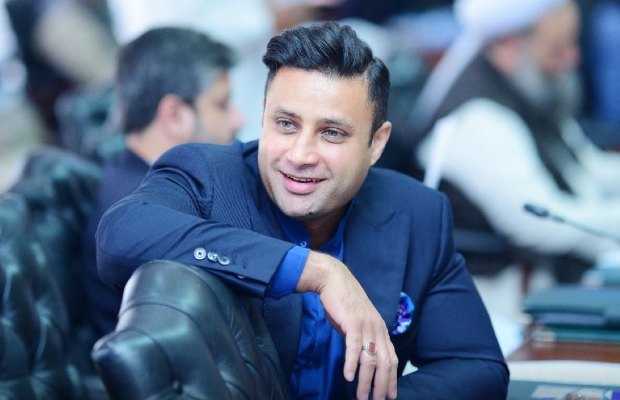 Zulfi Bukhari’s alleged visit to Israel and meeting Israeli officials have been trending on news for the past few days, following a report in Israel Hayom daily that a Pakistani envoy had visited Israel last November.

Former Special Assistant to the Prime Minister on Ministry Overseas Pakistanis & HRD Sayd Zulfiqar Abbas Bukhari denied all such claims that he had secretly visited Israel for meetings with senior government officials.

Apparently, I’m the only one who was kept out of the loop. https://t.co/bcRO3osWMk

“These reports are baseless and misleading,” the Foreign Office of Pakistan said in a statement. “No such visit to Israel has been undertaken.”

It said that Bukhari has categorically rejected the reports too. It may be recalled that the Ministry of Foreign Affairs had rebutted “similar false reports” in December 2020, the Foreign Office said.

There has been no shift in Pakistan’s principled stance on the Palestine issue, the statement added.

“Pakistan has consistently called for a two-state solution, with pre-1967 borders and Al-Quds Sharif as the capital of the Palestinian State,” the statement read.

Israel Hayom, the Hebrew-language newspaper, published the report about the alleged visit, quoting an unnamed source in Islamabad.

As per the report, Bukhari travelled to Israel to meet Mossad chief Yossi Cohen.

According to the alleged Israel Hayom report, Zulfi Bukhari flew to Israel from Islamabad via London. He was said to have met with foreign ministry officials as well as Mossad Director Yossi Cohen in Tel Aviv in order to pass on messages from Imran Khan and Chief of Army Staff General Qamar Javed Bajwa.

The report claims, based “on a source in Islamabad”, the visit came following “heavy pressure” from the United Arab Emirates.

Avi Scharf, who is the editor of Israel’s Haaretz newspaper, in a tweet said that the report was published after permission from the Israeli military censor.

PPP Chairman Bilawal Bhutto Zardari has demanded an investigation into the issue.

“Investigation should be made why an airplane in November went to Israel from Pakistan and stayed there for 10 hours. We are demanding if this airplane took off from another country, it should also be investigated,” he said this while responding to a question about Imran Khan’s close friend visiting Israel in a press talk with the media at the Parliament House Monday.

tweet
Share on FacebookShare on TwitterShare on PinterestShare on Reddit
Saman SiddiquiJune 29, 2021
the authorSaman Siddiqui
Saman Siddiqui, A freelance journalist with a Master’s Degree in Mass Communication and MS in Peace and Conflict Studies. Associated with the media industry since 2006. Experience in various capacities including Program Host, Researcher, News Producer, Documentary Making, Voice Over, Content Writing Copy Editing, and Blogging, and currently associated with OyeYeah since 2018, working as an Editor.
All posts bySaman Siddiqui