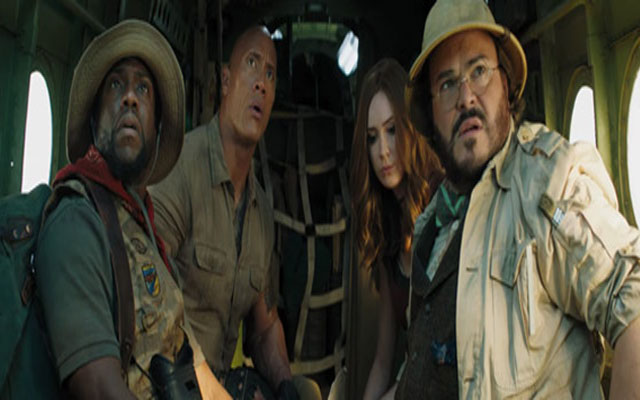 The game is going a bit crazier. Hollywood blockbuster action-packed film series Jumanji is coming back in cinemas with The Next Level tagline. One would always know about Jumanji is ‘about to change’.

Jumanji: The Next Level first official trailer has been released on Monday.  The saga embraces a series of action set pieces that will propel the sequel to 2017’s hit Jumanji: Welcome to the Jungle that earned insane$962 million at box office worldwide.

The Sony Pictures has brought the whole gang back together for the new sequel—with new twist in the action drama.

The plot includes the return of video game taking our heroes into a new adventure. Once again, they are caught inside avatars facing life-and-death challenges under the shadow of a leafy forest.

Jake Kasdan is directing the sequel again which stars Karen Gillan, Dwayne Johnson, Kevin Hart and Jack Black. The heroes return as the game’s avatars with Danny DeVito and Danny Glover appearing in the real world.

While young actors Ser’Darius Blain, Alex Wolff, Madison Iseman, and Morgan Turner reprise their roles as the teen gamers, but once they go inside the game they find things are… different.

The trailer features the same blend of action and comedy that powered the previous movie.

The action-filled trailer points out some hints at what is next to come, including some changes of scenery ranging from an extensive desert landscape to a snowy mountain.

Jumanji: The Next Level opens in theaters on 13th this December.