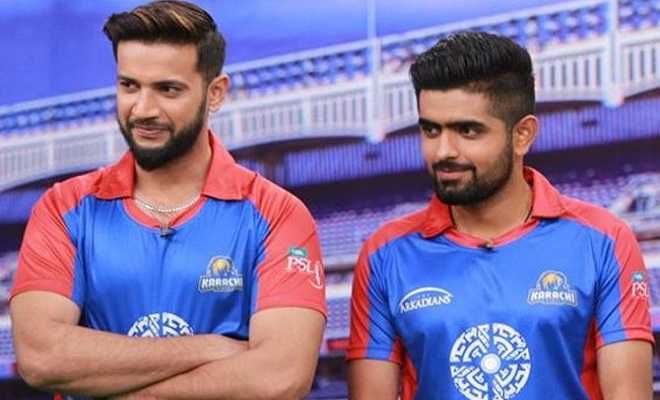 “Did you see the 1st match, when he hit two sixes?”

“You lot can ask as many questions, as you like, but he (Sharjeel Khan) is my main player. Irrespective of his performances he will play. I don’t think there is anyone better at the top order than Sharjeel and Babar. If there are any players you can tell me”

All these are quotes directed at Bazid Khan and the press from Imad Wasim. It comes across as someone who is digging his heels. Yesterday, the team of Multan Sultans outwitted Karachi Kings with their batting order. After a couple of average performances from their emerging player Arshad Iqbal, it was expected that Umer Khan would come in. Karachi already had Imad Wasim, who prefers bowling to right-handers. With Umer and Imad, they wasted potentially eight overs. Multan were able to post a well above par score. Karachi failed in the chase.

On the one hand, it showed the flexibility in Karachi’s eleven that despite taking out eight overs, they had other options. The same flexibility worked wonders when Cameron Delport picked up Kamran Akmal in their opening match against Peshawar Zalmi. Imad Wasim came on to bowl after the senior Akmal had fallen. Everyone lauded it as a tactical move. Yesterday, they took it a step further. Crucially, it failed.

More worrying is the way the captain is responding to questions in the press. Captaining a team like Karachi with an owner like ARY, there are bound to be critical questions. After a loss, you have to take them on the chin and move on. When you gambles don’t work, there needs to be some responsibility. The all-rounder and Dean Jones would be on a reactionary mode.

It reminds me of the Mohammad Hafeez’s T20 captaincy. Usman Shinwari was picked on the back of a breathtaking spell in a domestic T20 game. On his debut, he was bowled for just a solitary over and went for nine runs. Pakistan won that match on the back of a late Shahid Afridi blitz but Hafeez got a lot of criticism for not using the services of the debutant to the fullest.

In the next match, the left armer bowled the 1st ball of the match and completed the four-over quota. Bowling the 1st, 3rd, 17th and 19th overs. He was taken for 52 runs. Kusal Perera, Tillakaratne Dilshan and Kumar Sangakkara were in full flow. Yet Shahid Afridi bowled only two overs, and Bilawal Bhatti who had a lot more experienced (international domestic combined) also only bowled a couple. It was as if the captain was taking out his anger against the media on Shinwari. Is this the player you were backing, he seemed to ask.

The next international match the pacer played was in 2017, four years later.

I fear for the young left-arm spinner, Umer Khan. We will soon know if Imad Wasim throws him to the sharks like Hafeez. We might see Umer Khan thriving in such a situation. Karachi Kings as a franchise has a history of messing things up mid-campaign. The Shoaib Malik resignation comes to mind immediately. There was a dressing down of Sohail Khan during a strategic time out by Mickey Arthur. When things start to go wrong, it is hard to arrest the slide.

This time around, they have a highly successful coach in Dean Jones. The squad they have built has strength and depth. This is about holding your nerve and keeping everyone calm. They need to show fight on the ground and not off it.

Or it could all go wrong, again.