“Congratulations to the whole team of Quetta gladiators, well done,” she wrote. 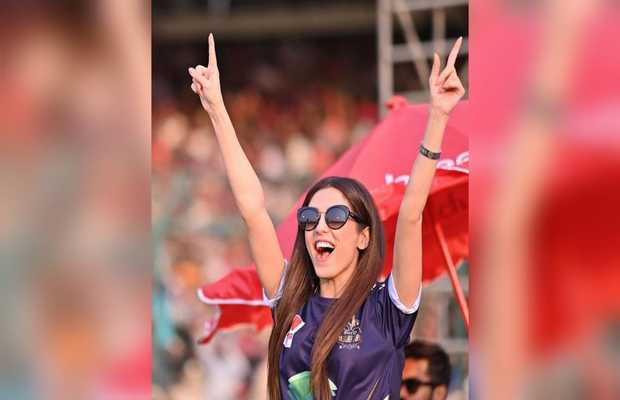 Pakistan’s acclaimed actress Maya Ali, who was named as the brand ambassador of Quetta Gladiators for the third consecutive time took to Instagram and wrote a heartfelt note on the winning of her team Quetta Gladiators.

The Mann Mayal starlet while sharing a photo of herself cheering for the team wrote: “Its not easy to play in front of thousands of people and sometimes under a lot of pressure, I still can’t imagine but as a brand ambassador of @quetta.gladiators I can feel that and yesterday was truly a tough match for both teams but #purpleforce did it”.

The 30-year-old actress congratulated her team, Quetta Gladiators after it defeated Karachi Kings by five wickets in the sixth match of Pakistan Super League 2020 on Sunday.

“Congratulations to the whole team of Quetta gladiators, well done,” she wrote.

Maya went on to write “whether we play for different teams, one thing I always witness during the PSL matches is that we all gather for Pakistan as a nation, and I get really emotional to see crowds saying Pakistan Zindabad and that moment makes me feel more proud being Pakistani”.

The Parey Hut Love star also added that although we are all supporting different cities at the same time we cheer up and stand only for Pakistan as a nation.

“We fight, we support different cities but we only stand for PAKISTAN… #quettagladiators #psl2020 #pakistanzindabad🇵🇰 #kaikaiquetta”.

Earlier, her photos  also circulated on social media in which she can be seen all smiling and fully excited, cheering on for her team Quetta Gladiators. 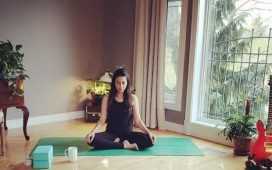