The actress was among the thousands of cricket fans who attended the PSL 5 opener in Karachi. 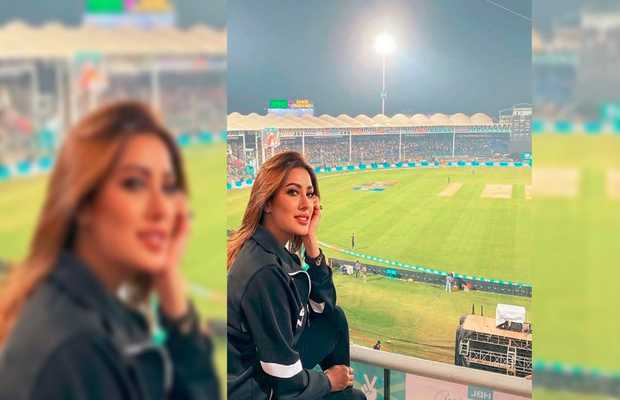 Amidst all the backlash on the opening ceremony of PSL 5 by audiences and artists, film star Mehwish Hayat was found to be the only celebrity who actually rejoiced the historical opening gala held at National Stadium on Thursday.

The actress seems delighted over watching international players once again in Pakistan and urged the nation to show the world that our country is capable of hosting major sporting events.

The actress has always been very active in promoting Pakistan as a peace loving country in the world.  She was among the thousands of cricket fans who attended the PSL 5 opener.