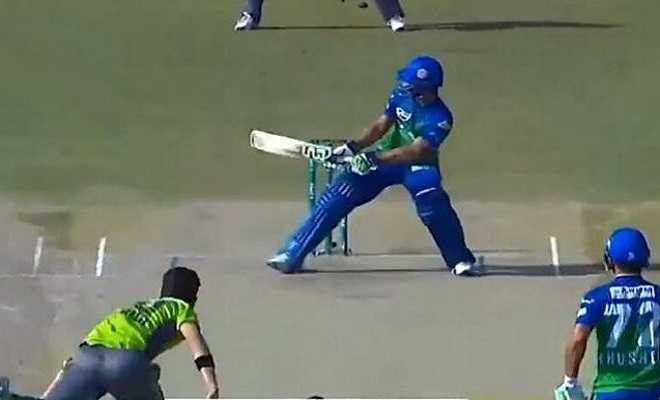 We had an innings which should book Khushdil Shah’s ticket to Australia (if we have a WT20), a Fakhar Zaman and Chris Lynn special. Yet, if one shot stood out for me over in the entire match, it came for the rookie Rohail Nazir.

Pakistan’s number one white-ball bowler, Shaheen Shah Afridi was in full flight. Khushdil Shah was operating in beast mode but Afridi had given only 6 runs in four balls in the penultimate over. Three yorkers, one slower, all on target. Rohail Nazir knew he had to do something different to get a boundary. So he did.

Just a micro-second before delivery, he jumped into a front-facing stance. Something from the playbook of Lagaan’s Guran Baba. It looked as if he was riding a horse. Perhaps Shaheen saw him. He still went for the yorker. This time he missed by a couple of inches. That is what Rohail was hoping for. A full delivery that he could get his bat under. He had taken a gamble and won. It went for a boundary. Next ball Shaheen nailed the yorker and got rid of the keeper. batsman But the Pakistan Under-19 captain had made his mark.

Not particularly because of the runs he got. This shot showed that he had courage and temperament to experiment at the biggest stage. This was just his second match in the tournament, but he was willing to risk it for the sake of the team. Add to the fact that Pakistani batsmen rarely try let alone pull off such shots.

Rohail Nazir might not be ready for top-flight cricket as of now. However, all the signs show that he will be a modern, aggressive and innovative cricketer.