Is the team management too obsessed with the player development program? 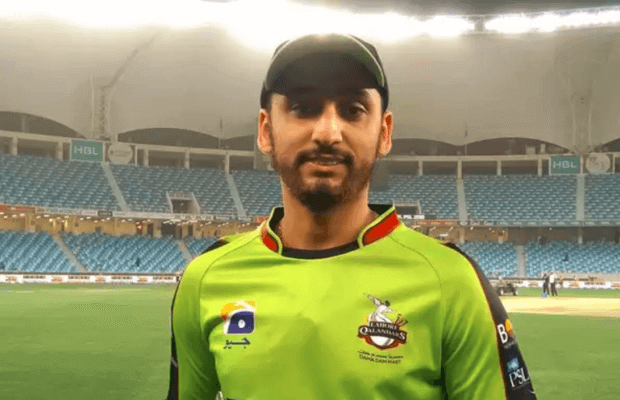 The only bright spark in the typically dismal campaign of 2018 for Lahore Qalandars? He was brought in after Bilawal Bhatti got injured. Yes, a bowling semi allrounder replaced a batting semi all-rounder. He scored a 50 and won Lahore a match, which as we know is a rarity. His overall record wasn’t something to boast about but there were glimpses of talent. He could also bowl handy off-spin. Surely one for the future.

Next season, he played three more games and was dumped thereafter. He did play in the Global Canada T20 League too, with one innings making it as a Youtube highlights video. Surely could Lahore have invested in him further along with looking for players in gali kochay.

Similarly, Hassan Khan was brought in from Quetta Gladiators. With Sarfaraz’s team Hassan looked destined for great things. With Lahore, he was given two games and that was the end of his Lahore Career.

Would it be not wiser to invest in 26-year-old Agha Salman rather than carrying 35-year old Salman Butt. With Fakhar Zaman, Chris Lynn and Mohammad Hafeez in the squad, how many matches would Salman Butt get anyway? Also, remember the former Pakistan captain was retained in the Silver category. Would any other franchise retain someone like Salman Butt?

Quetta replaced Keemo Paul with Zahid Mahmood. Could Lahore have kept Hassan Khan on instead of opting for a Seekkuge Prasanna? These might sound like small and insignificant changes but just reflects the overall approach of the Aqib Javed led team.

Lahore have just played two matches and like any other team, they could still win the HBLPSL this season. But these peculiar decisions make it clear why Qalandars struggle so badly. They are obsessed with their own player development. Supremely slick marketing campaigns are developed around these few players. But wouldn’t it be better to try and hold on to decent local talent that does come through the PCB’s system?