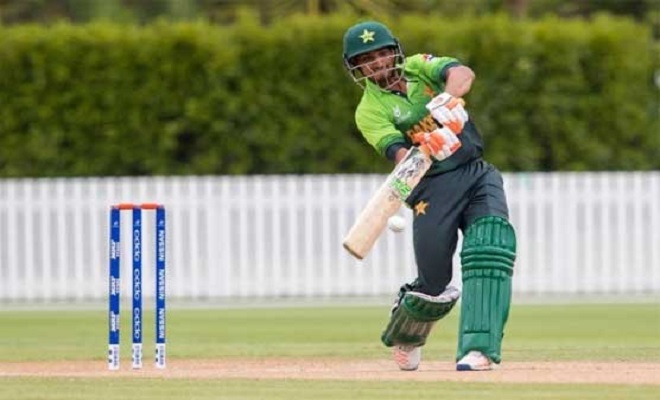 Pakistan U19 team suffered a 2nd consecutive loss in the on-going U19 Asia Cup. A belligerent India defeated Pakistan by 60 runs, further denting Pakistan’s chances in the tournament. Earlier in the week, Pakistan was bowled out for 78 against Afghanistan and suffered a heavy defeat.

India won the toss and batted 1st. Abbas Afridi drew 1st blood, picking up Suved Parkar for 3. However, that was as good as it got for team Pakistan for a while as Arjun Azad & Tilak Varma came together to knit a dominant partnership. Arjun top scored with 121, while Varma was a close 2nd with 110. From 221-1, Pakistani bowlers made a bit of a comeback, picking 8 Indian wickets in the next 12 overs. India finished with 305-9 with Naseem Shah and Abbas Afridi picking up three wickets each.

In response, Pakistan was off to a poor start losing three top-order wickets inside 11 overs. The hero of South Africa tour Haider Ali had another poor game and fell to Vidyadhar Patil for 9. With the team in trouble captain, Rohail Nazir and Haris Khan came together for a 120 run partnership. However, when Haris was removed by Atharva Ankolekar, things started to look bleak for Pakistan.

While Rohail carried on and reached a well-deserved ton, he found little support from the other end. Eventually, Pakistan fell well short of the target. Atharva Ankolekar picked up three wickets for India.

Arjun Azad was given the man of the man award for his blistering century.