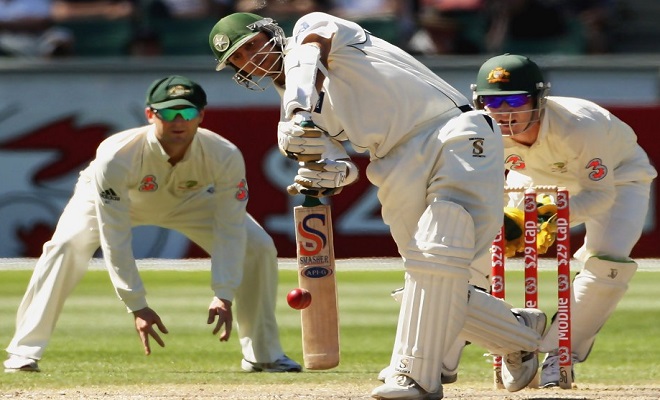 In the past 15 years, Pakistan has seen many left-arm seamers hoping to emulate Wasim Akram. Most pretenders, one actual contender, ironically derailed by the same issues that impacted Akram’s career so significantly. India, for a few years, thought they had the answer in the shape of Irfan Pathan. The golden years of Indo-Pak cricket from 2004 to 2008, saw some epic battles between a solid Pakistani middle order, and the blossoming swing bowler.

On January 29th, 2006, Irfan had the better of them. With Inzamam out due to fitness issues, Younus Khan-led Pakistan. Soon they found themselves zero for three. Hatrick in the 1st over the match. Kamran Akmal led recovery meant that Pakistan finished with 245. A 24-year-old Asif announced himself with four wickets. Shoiab Akthar who was out of favour under Inzamam was thunderous if not as prolific in the wickets column. India folded for 238. The wicket had flattened out as Pakistani openers made hay, both Imran Farhat and Salman Butt scoring fifties.

Babar Azam’s Next Challenge: Self Belief vs. Over Confidence

Does it sound somewhat familiar? A young bowler running through Pakistani top and middle order? Then a young Pakistani speedster doing his thing. A veteran pacer, who is proving a point every time he takes the field, is impressive. The openers then laying down a strong foundation to bring both teams to parity.

Pakistan vs Sri Lanka so far has gone according to plan. While the event has not been as big. The crowds not as impressive as one would have hoped for, the test match is certainly in Pakistan’s grasp. Day three is perhaps the best time to bat on the wicket. A wonderful chance for out of form batsmen like Azhar Ali and Haris Sohail to spend some time on the wicket and regain batting rhythm.

Faisal Iqbal’s most consequential innings came in that test match. Replacing Inzamam, he top-scored with 139. Can any of the batsmen stand up to be counted? Can Pakistan do one over the opposition after a slow start again?