He called Sarfaraz “not a captain but a mere pawn”. 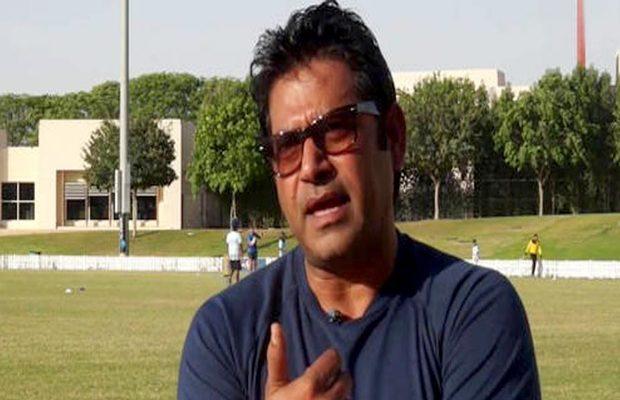 Aaqib Javed former Pakistan spacer has hit at the chief selector Misbah-ul-Haq after Pakistan lost miserably to SL in the T20I series.

While talking to Geo News, Javed lashed has out not only at the newly installed coaching regime, but also criticized the captain Sarfaraz.

Not just Aqib Javed, every cricket fan in Pakistan has been disappointed over the new team selection and Akmal and Shehzad were given another chance but could not deliver.

The 1992 world cup winner bowler said, “Someone is pulling Misbah-ul-Haq’s strings. There is someone who is dictating to him”.

“The kind of personality and mindset Misbah has, I cannot even think that the decision to play Umar Akmal and Ahmed Shehzad could be his.”

“Misbah and Waqar Younis, as the captain and head coach, had written letters regarding these players,” he further added mocking the report penned by Waqar Younis, a two-time former head coach who is now the bowling coach.

“They wanted this duo to be kept away from the national fold then how come have they brought them back? I just cannot believe that the decision to recall them was theirs”

He called  Sarfaraz  “not a captain but a mere pawn”.

“Sri Lanka achieved a lot in this series despite sending their A team. Their captain led with a daring mindset, which trickled down in their players.

Meanwhile, just take a look at Sarfaraz. He adopts the approach of whatever coach there is. He is not a captain actually. He takes the field as a mere pawn and then asks every time ‘Misbah bhai what should I do now?’

“If Sarfaraz were a [real] captain, he would never have accepted Umar Akmal and Ahmed Shehzad.”

“Imran Khan would bring new players and fight for them but he did not do that with players who have been tried and failed 10 times. If we keep on doing this then we’d never progress,” he added.

A day after this interview, Pakistan lost the T20 series against Sri Lanka by 3-0.

tweet
Share on FacebookShare on TwitterShare on PinterestShare on Reddit
Saman SiddiquiOctober 9, 2019
the authorSaman Siddiqui
Saman Siddiqui, A freelance journalist with a Master’s Degree in Mass Communication and MS in Peace and Conflict Studies. Associated with the media industry since 2006. Experience in various capacities including Program Host, Researcher, News Producer, Documentary Making, Voice Over, Content Writing Copy Editing, and Blogging, and currently associated with OyeYeah since 2018, working as an Editor.
All posts bySaman Siddiqui