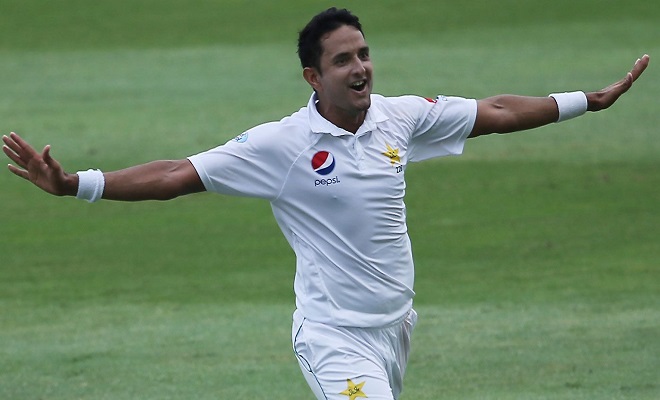 Abbas bowled 19 overs on the 1st day of the 2nd Test against Australia.

Imran Khan had bowled 12 on day 1 of the 1st test against Australia.

Therein lies the difference between the two bowlers. A clearly flustered captain was confident enough to throw the ball to Abbas and know what he was going to get. Imran Khan, well the proof of it is in the numbers and actions of the captain.

Pakistan clearly are not good enough on these conditions. We knew this before the series began. But the idea is to maximize on your strengths and try and hide your weaknesses. A lack of experience in the bowling line up was clearly one weakness. Abbas’s control was a plus point.

At no point did the “Abbas camp” suggest that he would blow away the Australians like he did in the UAE. The idea really was that given that two teenagers are to partner the senior man, Abbas can be the workhorse, holding one end up. Imran Khan failed to do that job in the 1st test. On day 1 of the 1st test, Shaheen Afridi bowled 18 overs, Naseem Shah was used for 16. Imran Khan 12. He bowled 1 maiden over in the day, Abbas had six. In the 1st test, Yasir bowled a lot better than how he bowled today.

That Yasir, with Naseem Shah (minus the no-ball), Shaheen and Abbas perhaps would have made a dent in Australian batting. But today, Yasir was dreadful, and Musa Khan for some odd reason kept trying to target the batsmen’s helmets. Perhaps it was a plan that failed terribly. Shaheen Afridi and Mohammad Abbas, both at least curtailed the run-scoring. It was under 3 rpo for both. On the contrary, Yasir went over 6, and Musa for over 5.

When the ball isn’t seaming, swinging or spinning, the idea is to keep it tight and try to entice a mistake. However, if two of your bowlers are going at ODI rate, it is impossible to maintain any pressure. Abbas did his bit by bowling over 90% of his balls in good length area (CricViz). With no assistance from the pitch and the air, his bowling lacked venom. Add to the fact that the Australian batsmen were ultra-cautious, made it more difficult. Marcus Labuschagne left 46% of the 50 initial balls he faced. David Warner also left about 33% balls significantly higher than his average (CricViz). This showed that there was a restraint shown on part of the batsmen. Warner spoke about forcing Abbas to change his lines and lengths by leaving the ball and moving outside off stump, after the day’s play.

Sometimes, bowlers don’t get rewarded for their efforts. It’s a batsmen’s game after all. However, that doesn’t justify a dumbfounding decision to bench your best medium pacer.