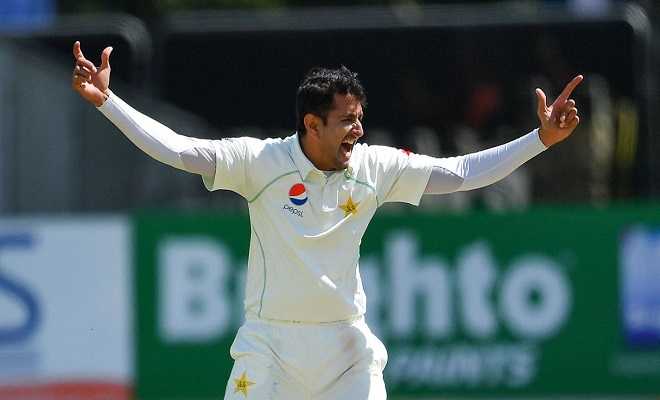 Shaheen Afridi had already created an opening. Debutant Saif Hassan, who had built a reputation as a patient long format opener, had a bit of an anti-climatic debut innings. The lanky left-arm bowler offered a full delivery angling away, Saif’s outside edge was found. Perhaps it was the eagerness to get off the mark in test cricket or simply an instinctive reaction due to nerves. Pakistan sniffed blood.

Mohammad Abbas shared the new ball from the other end. First two balls, simple enough leaves. The third one, a brut. Slightly fuller, giving the batsman a false sense of security. Tamim Iqbal, fresh of a domestic 300, tried to work it towards the on-side. The ball whizzed past his outside edge. Despite being warned, the opener wasn’t ready for the next delivery. This time around pitching in the same area, the ball dipped inwards, fooling the batsman and the umpire. Hawkeye does rest.

Despite the green tinge, the early moisture in the pitch dried relatively quickly thanks to winter sun. But Abbas never left that beautiful length. Just relentlessly toiling away asking the batsmen to make choices, they would least like to. While he bagged up their senior-most batsman and Najmul Hossain Shanto, his main job was to hold one end, allowing Shaheen and Naseem Shah can attack. Especially given continued struggles of Yasir Shah, Azhar Ali had to bank on Abbas.

At the end of the day, Shaheen took all the plaudits. The discipline he is showing even during his early years is incredible.  The nerve to continue to bowl attacking lengths is perhaps coming from coach’s Waqar Younus’s backing. However, it was only possible because Abbas was diligent in his role.

Today, they faced a weekend Bangladesh, but greater challenges lie ahead. Or opportunities as the duo might see it, especially in England.