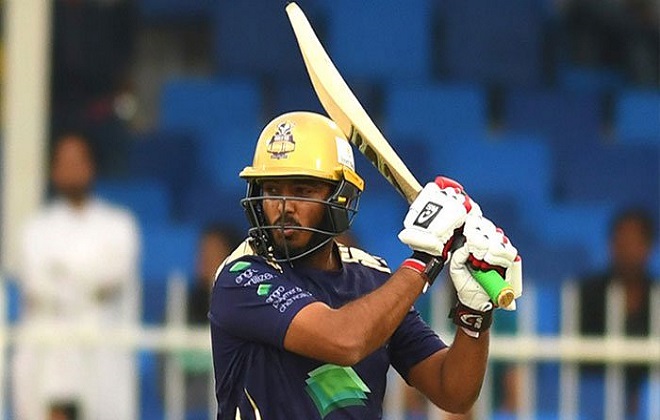 “We haven’t seen any batting talent as such”

This is one common comment we get to hear a lot during the PSL. Not just this season but most seasons. There are multitude of factors involved. UAE wickets aren’t most conducive to T20 type of batting. The likes of Sohaib Maqsood and Owais Zia who have been picked and discarded are often given more chances with new franchises. And almost all franchises look to fill their foreign player spots with batsmen or batting all-rounders. Even for an established Pakistani player like Haris Sohail, it not always easy to get in the 11.

But Quetta Gladiators staying true to their tradition provided a chance to their Karachi based club member Ahsan Ali. In bleak times, this basher has provided some hope that someday, PSL could help supply batsmen to the national team as well. Before yesterday’s match, Ahsan had shown talent but perhaps not temperament. He did score a 40 and 33 against Qalandars, but there wasn’t much polish to his batting. It was bludgeoning of the bat and hoping for the best. We have seen such players before; they don’t last the distance.

But yesterday, under pressure Ahsan Ali showed temperament, and he showed touch. He was tormenting Sameen Gul. It looked it a plan. One six showed that the boy has strong wrist. Just picking up a length ball on leg stump for a long six. Another came thanks to his excellent reflexes. Cramped for room, Ali was able to clear square leg boundary with ease with a swat. There were a couple of on drives too, pleasing on the eye. A few hacks towards the leg side, one we would expect of a young man like him.

Against top quality pace of Tymal Mills, he struggled the in the over before he got out. Reverting back to old habits under pressure, throwing his bat at the ball and hoping for the best. But playing in front of the home country, on a decent batting wicket Ahsan showed his quality. That he is not just a slogger; that he has shots, cricketing shots to offer.

Next stop, the final. A quality innings and he will be regarded as one of the top young batting talents in the country. The scarcity is such!