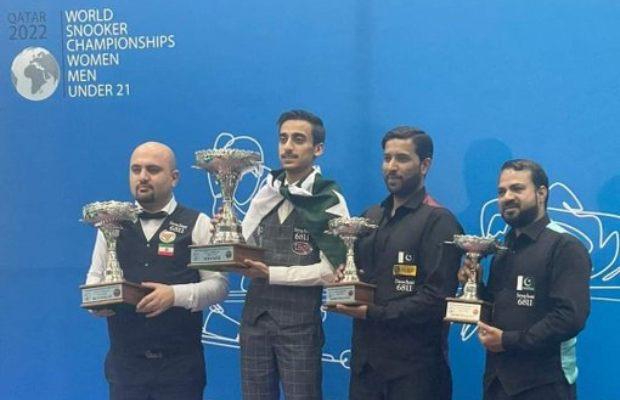 Ahsan Ramzan defeated Iran’s Amir Sarkhoshin in the final of the championship in Doha, Qatar, on Friday by 6-5 in a match comprised of over 5 hours and 20 minutes. 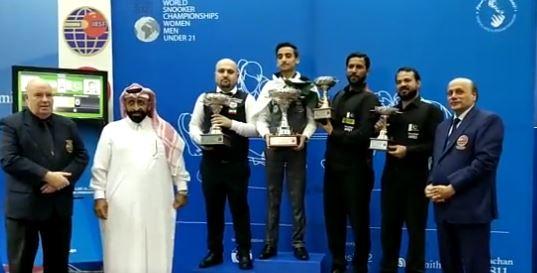 With this victory, Ahsan has become the youngest Pakistani cueist to win the IBSF World Snooker Championship.

This is overall the country’s 4th IBSF title as Mohammad Asif had won the title twice.

Ahsan who was seeded 27th in the championship said that words are not enough to express his feelings after becoming the world champion at the age of 16.

“I can’t ask for more at this age. I can’t express my feelings in words. The feeling of being a world champion is something that only a sportsperson can feel or tell. I am thankful to Almighty Allah for this achievement,” he said.

Ahsan had defeated 2nd seed and defending champion Mohammad Asif in the semi-final.

The teenage star couldn’t control his emotions after winning the semifinal on Thursday night. 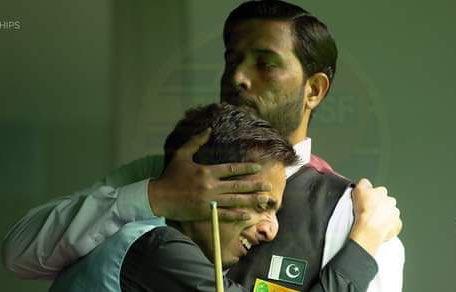