He will be officiating in his fifth World Cup during the upcoming edition in England and Wales from 30 May to 14 July 2019. 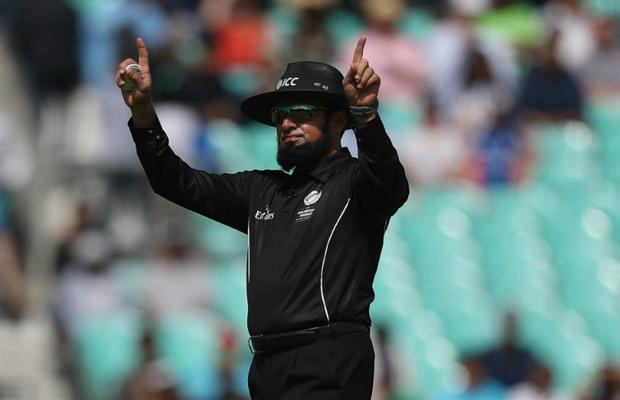 Aleem Dar completes officiating 200 ODI matches. He is an ICC elite panelist, who has become the third umpire after Rudi Koertzen (209) and Billy Bowden (200) to achieve the rare distinction in cricket umpiring.

Aleem dar becomes the third umpire and the first Pakistani to achieve this milestone of officiating 200 ODI matches.

Dar, 50, first officiated in an ODI in his hometown of Gujranwala in 2000 when he stood in a match between Pakistan and Sri Lanka.

He has been part of ICC’s elite panels since 2004 and will be officiating in his fifth World Cup during the upcoming edition in England and Wales from 30 May to 14 July 2019.

PCB Managing Director, Wasim Khan, in a statement, said, “On behalf of the PCB and all cricket fans, I want to congratulate Aleem on the magnificent achievement of officiating in 200 ODIs.

This feat is a testament to Aleem’s skill, judgment, and commitment to excellence”.

“Aleem made a swift and timely transition from a first-class cricketer in 1997 to an international umpire in 2000. Today, he stands tall as one of the most respected and admired umpires in the world.

Aleem is a strong role model for youngsters and retired cricketers who are looking at careers within the game.

Umpiring is a hugely credible profession and provides incredible opportunities for individuals to serve the game and earn an excellent living.

As a nation, we are immensely proud of Aleem’s achievements and we look forward to him continuing to shine on the world stage,” Wasim further added.

A video clip is shared by PCB on social media, in which Aleem Dar talks about his 19-year-old journey as a top-ranked international umpire.

In the traditional format, Aleem has umpired in 125 Tests and is three short of Steve Bucknor’s record of 128 Tests. He is also on top in T20Is, with officiating a number of 43 matches.

Adrian Griffith, ICC’s Senior Manager – Umpires and Referees, said, “Aleem has been one of our most reliable umpires, who has performed his duties consistently over a long period. The length of his career shows his quality and reflects our belief in him and the role he plays as a custodian of the game. On behalf of the ICC, I would like to congratulate Aleem for reaching this landmark and wish him continued success in his career.”