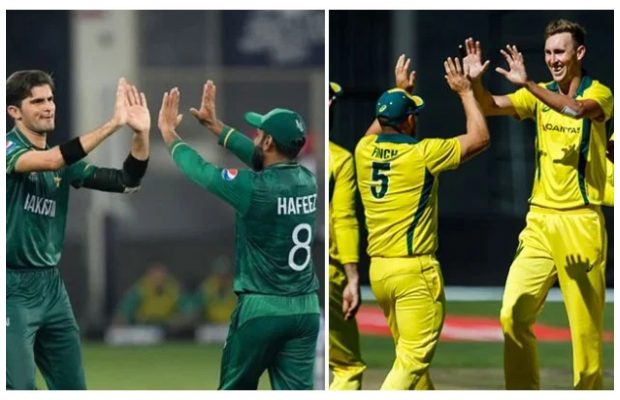 All eyes are set on the second semi-final of the ICC’s T20 World Cup Pakistan vs Australia to be played tonight at the Dubai International Cricket Stadium at 7 pm PST.

Team Pakistan has been so far unbeaten in 16 consecutive matches of the ongoing tournament.

The one other plus point is that Green Shirts have not lost even a single T20 since 2016 on UAE soil.

However,  Pakistan does not have an enviable record against the Kangaroos in the ICC event’s knock-out contests.

Both teams have clashed 17 times in ICC events; of them, Australia won 10 times and Pakistan seven times.

While six of these matches were for the T20 World Cup and both teams won three times each.

For tonight’s match, cricket pundits are of the view that the Babar Azam-led side is in the best form and will win tonight. And we say InshaAllah.

“Australia is a very dangerous team. They’ve got a strong lineup that can beat anyone. But Pakistan has the bowling & batting prowess to keep them at bay & make the finals,” Lara tweeted.

Meanwhile, former English captain, Mike Atherton is also backing the Pakistani team, saying they have got the best and most varied bowling attack in this competition.

While the social media is buzzing with pre-match excitement: