Head coaches shows faith in Amir’s the limited over bowler 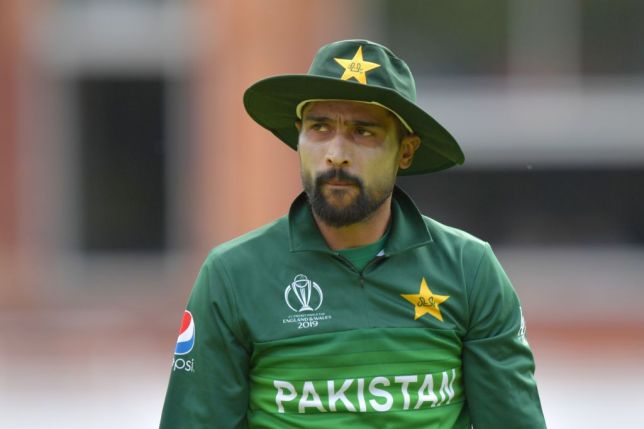 Pakistan head coach, Mickey Arthur has given his take on Mohammad Amir’s test retirement calling it ‘unsurprising’. He hopes that post retirement, Pakistan would get a rejuvenated limited overs bowler in Amir.

Talking to ESPNcricinfo, he South African coach stressed that it was very much expected that Amir is going to give the long format up.

“It was on the cards for a long while. Amir had been speaking to me about it with me for some time now. His Test career was taking a strain on his body. It’s not about management here. It’s about his desire to play Test cricket and the effects it has on his body. I think Amir’s an unbelievable bowler and reluctantly I accepted his decision because that’s what he wanted to do and that’s what he thought was best for himself. What it does do is give us a white-ball bowler that I think we can get a longer period from.”

The coach also confirmed that he and others in Pakistan Cricket tried to persuade Amir to stay on longer, even offering him less workload. The possibility of making him an away series specialist was also considered given the toil UAE pitches have on fast men.

Elaborating further he said that long ban, had its toll on Amir’s body and it could have been managed more judiciously.

“He had five years out of the game, we mustn’t forget that. In those five years, he didn’t do anything. His body was not up to the rigours of day in, day out Test cricket. We pushed him as much as we could during the England and South Africa series, because he is such a good bowler whom we wanted during those tours. We’ve tried everything we possibly could with Amir. He could have managed those five years better. He’d be the first one to acknowledge that. But I understand where he was in his whole life, so it was a tough period for him. I understand all that. I’ve got a very soft spot for Mohammad Amir. As a person and as a cricketer, I admire him greatly. Yes, I am disappointed he won’t be playing Test cricket for us. But it was made in the best interests of his white-ball cricket in mind.”

The former Australia coach hoped that a rested Amir could consistently perform in the white ball formats.

“We get a white-ball bowler who’s going to be rejuvenated, refreshed, and with a T20 World Cup just around the corner, in 18 months’ time we’ve got a potential match-winner because we know he performs on the big stage. Like every other player who plays for Pakistan, he’s going to need to put in match-winning performances. But he’ll certainly get the opportunity to do that, and he will start in our white-ball cricket.”

Amir has been under fire since the announcement with a number of former Pakistan greats, questioning the decision. He played 36 tests picking up 119 wickets.