Our prayers and thoughts are with the family, loved ones, and fans of the Symonds. 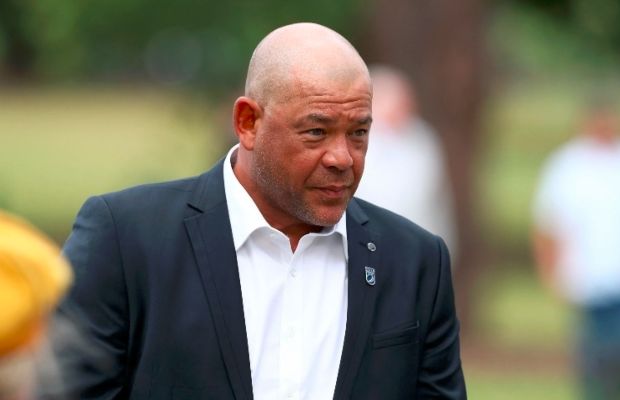 Former Australia Cricketer Andrew Symonds has been killed in a car accident on Saturday.

As reported, the 46-year-old was involved in a single-car accident outside Townsville in Queensland state on Saturday night.

According to the police, emergency services attempted to revive the driver and sole occupant, but he died from his injuries after the car left the road and rolled.

The accident occurred around 10.30 pm local time, on Saturday night.

On a domestic level, he played for Queensland for 17 seasons. He played for Gloucestershire, Kent, Lancashire, and Surrey in the English County Championship and for Deccan Chargers and Mumbai Indians in the Indian Premier League.

Andrew aka Roy is the second Australian cricketing legend to suddenly die this year, following the death of Shane Warne in March.

“Australian cricket has lost another of its very best,” Cricket Australia chairman Lachlan Henderson said in a statement.

“Andrew was a generational talent who was instrumental in Australia’s success at World Cups and as part of Queensland’s rich cricket history.

“He was a cult figure to many who was treasured by his fans and friends,” he added.

Following the tragic news of Andrew Symonds demise tributes and Obituary continue to pour in on social media.

Think of your most loyal, fun, loving friend who would do anything for you. That’s Roy. 💔😞

Can’t believe what I’ve just woken up to 😔
Thinking of his family, his teammates and everyone in the cricket community. We’ve lost another one of our hero’s #RIPRoy

Daam… Lord be with us. Another one 💔💔#RIPAndrewSymonds

As we mourn the loss of former Australian all-rounder Andrew Symonds, we take a look back to his tremendous 143* against Pakistan at the 2003 World Cup.#RIPRoy pic.twitter.com/oyoH7idzkb

– Symonds made his debut for Australia in 1998 in an ODI – and went on to play 26 tests and 238 across all three formats as a specialist batter. 🏏#Cricket #AndrewSymonds #RIP #RIPROY pic.twitter.com/NJfWISVs9a

Shocked to hear about the sudden demise of Andrew Symonds. Gone too soon. Heartfelt condolences to the family and friends. Prayers for the departed soul 🙏#RIPSymonds

Have had the privilege to work with some “big names” in the IPL,as well as a couple of “big characters “. Andrew Symmonds was a fierce competitor and generous teammate. Arguably the greatest all-round fielder ever, on top of his contribution with both bat n ball. #RIPRoy pic.twitter.com/fhDDDIRWD1

Saddened and shocked to hear the sudden demise of Andrew Symonds. A legend of the sport, gone too soon 💔

My thoughts and prayers are with his family and friends 🙏#RIPRoy

Our prayers and thoughts are with the family, loved ones, and fans of the Symonds.

tweet
Share on FacebookShare on TwitterShare on PinterestShare on Reddit
Saman SiddiquiMay 15, 2022
the authorSaman Siddiqui
Saman Siddiqui, A freelance journalist with a Master’s Degree in Mass Communication and MS in Peace and Conflict Studies. Associated with the media industry since 2006. Experience in various capacities including Program Host, Researcher, News Producer, Documentary Making, Voice Over, Content Writing Copy Editing, and Blogging, and currently associated with OyeYeah since 2018, working as an Editor.
All posts bySaman Siddiqui