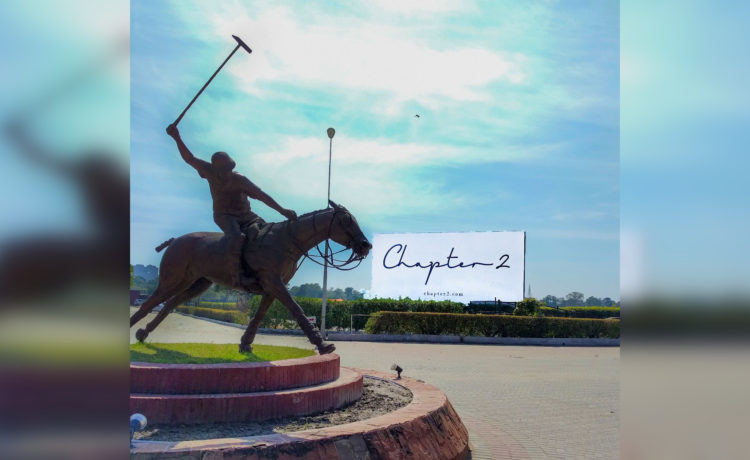 Pakistan’s urban fashion brand Chapter 2 collaborates with the Lahore Polo Club as patrons of the King of Sports to present the Chapter 2 Punjab Polo Cup Tournament 2019, one of the most prestigious polo tournaments in the high goal South Asian Polo calendar.

“Chapter 2is extremely proud to be associated with the Punjab Polo Cup. Polo is a game of intellect, prowess, art, and beauty. Chapter 2 celebrates indigenous art and translates it into urban fashion and encapsulated within our design is craft. We look for new avenues to champion progressive Pakistan, and our partnership with the Lahore Polo Club is an extension of this commitment”, said Anjum Nida Rahman, Director Corporate Communication, Chapter 2.

The Chapter 2 Punjab Polo Cup Tournament 2019, one of the most prestigious polo tournaments in the high goal South Asian Polo calendar. is a 10-14 high goal polo tournament and is being held from the 18th to 24th February 2019 at the Lahore Polo Club.

“Our club is one of the oldest in the world and has the honour of hosting the Shah of Iran, Queen Elizabeth II, Prince Phillip, Prince Hassan Bin Talal of Jordan, the King and Queen of Malaysia, Sheikh Zaid Bin Sultan Al Nahyan, the President of UAE, the President of Turkey, the President of Djibouti, the Governor General of Australia, to name a few”, said President, Lahore Polo Club, Malik AtifYarTiwana.

“We welcome Chapter 2 as a patron of the sport in and look forward to witnessing a week of competitive polo,” he added.