The 28-year-old midfielder joined English side Arsenal from Atletico Madrid of Spain in 2020. 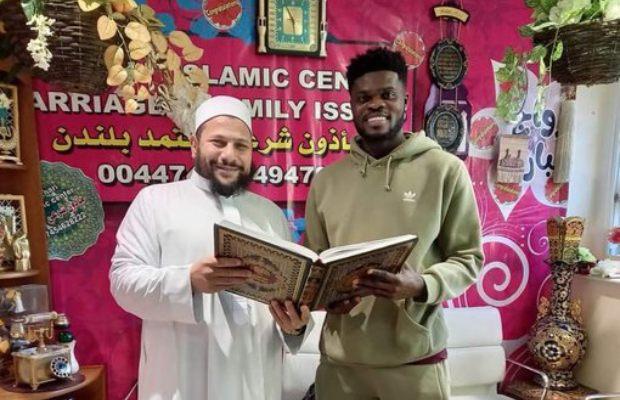 As being reported, Thomas Partey converted to Islam after studying the religion for months before officially taking his Shahada.

A UK-based sports journalist Connor Humm reported on Partey’s conversion to Islam with a photo of the Ghanaian midfielder holding a Quran, on Friday.

Arsenal midfielder Thomas Partey has converted to Islam, ahead of Ramadan next month.

The 28-year-old midfielder joined English side Arsenal from Atletico Madrid of Spain in 2020.

Thomas Partey scored two goals in 57 matches for the Gunners.

As being reported, Partey is currently preparing to join the Ghana national team in the playoffs stage of the 2022 World Cup qualifiers against Nigeria, to be played over two legs on March 25 and 29.

The 45-year-old  midfielder who formerly played for AC Milan, Real Madrid, and Ajax, confirmed his conversion in a social media post.