India won the toss and put Pakistan to bat first 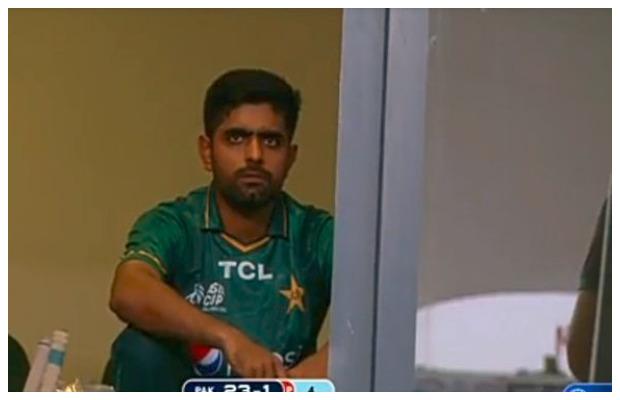 Cricket fans react to Pakistan’s narrow defeat against India in the Asia Cup 2022 match played on Sunday at the Dubai International Cricket Stadium.

In a sensational clash, India beat Pakistan by five wickets with 2 balls remaining.

Hardik Pandya starred with bat and ball to lead India to a five-wicket win over Pakistan in a last-over.

While chasing 148 for victory, Ravindra Jadeja hit 35, and Pandya remained unbeaten on 33, putting on a key fifth-wicket partnership of 52 sailing India to achieve the target with two balls to spare.

Pakistan open batter Mohammed Rizwan remained the top-scorer for his side with a calm 43 off 42 balls.

Babar Azam, Mohammad Rizwan, Fakhar Zaman, Iftikhar Ahmed, and Khushdil Shah were least impressive with the bat as they failed to read short balls and threw their wickets cheaply.

On the fourth delivery of the third over of the innings, Babar Azam hocked a short ball to short fine leg where Arshdeep Singh took an easy catch off Bhuvneshwar Kumar.

Netizens came out in support after the early departure of the world’s top batter.

This too shall pass Stay strong Babar..!! pic.twitter.com/Ht3UBx6oLR

After all, its was India day to celebrate the good performance on the field!

It came down to fitness of the fast bowlers while put under pressure, though both teams’ pacers bowled well upfront.

Crucial knock by Hardik to stay till the end & get us over the line & ably supported by @imjadeja & Virat.

When 2 strong teams play a big match and take it down to the last ball, then you know the fans have won as well because that’s what we want to see, a battle that is worth watching. @hardikpandya7 made his presence felt in both innings. Good display of skills by naseem and nawaz

The fitness troubles of Pakistani cricketers become a major issue for the squad’s management during Asia Cup 2022.

However, players have gained massive respect for their efforts on the field.

My heart goes for Naseem Shah and Haris Rauf who bowled death overs even when they had cramp in their legs. They deserve appreciation. Respect from other side of border. 🇮🇳#INDvsPAK #INDvPAK pic.twitter.com/AUu9AJa2oC

I just have to stand & applaud this young man’s efforts. PAK were defending just 148 & Naseem Shah, with his 2/27, gave it his 150% to keep PAK in the contest on debut in a high-profile clash. He showed immense courage fighting cramps – respect ❤️ pic.twitter.com/Ofy4dsDLAv