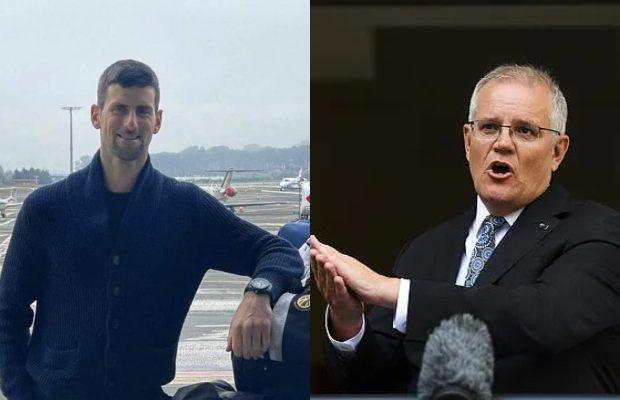 The development comes as the World no 1, the Serbian tennis star is due to arrive in Melbourne tonight to defend his Grand Slam title.

However, 24 hours after his announcement that he had received an exemption to play in the tournament and was heading to Australia.

Following his announcement,  Prime Minister Scott Morrison has warned that Djokovic ‘won’t be treated any different to anyone else’.

Djokovic will be banned from entering Australia if evidence of his medical exemption from the Covid-19 vaccine is deemed ‘insufficient’, the PM stated.

“There should be no special rules for Novak Djokovic at all. None whatsoever… We await his presentation and what evidence he provides us to support that,” PM Morrison told a media conference on Wednesday.

Tennis Australia and the Victorian state government said Djokovic was one of a ‘handful’ of successful applicants among 26 people who sought exemptions from being vaccinated but had not received any special treatment in the anonymous application process.

The decision has sparked sharp criticism in Australia, where more than 90 percent of over-16 have received their double doses of COVID vaccination,  with fans threatening to boycott the annual tournament over the perceived special treatment of the nine-time champion.