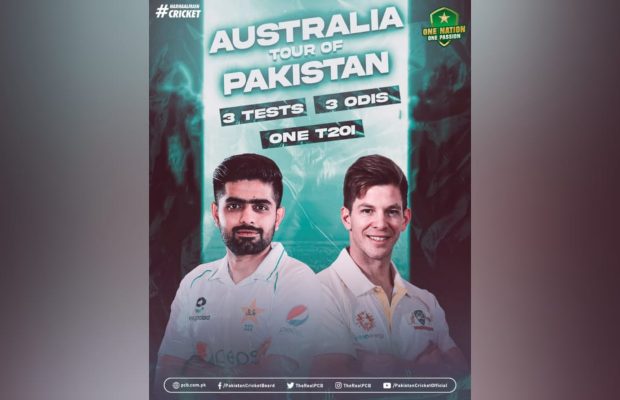 Australia will be touring Pakistan next year in March-April.

While Australia are set to face Pakistan in the semi-final of the World T20 Cup on Nov. 11, the Pakistan Cricket Board (PCB) has announced the schedule of Australia’s tour of Pakistan.

The Australian team will play three Test matches, three ODIs, and one T20I.

The teams will then play a third Test match on March 21-25 in Lahore.

The Tests will be played as part of the ICC World Test Championship, while the ODIs will be connected to the ICC Men’s Cricket World Cup Super League – a 13-team event from which the seven highest-placed sides and the hosts, India, will qualify directly for the event proper in 2023.

All four white-ball matches of the series will take place in Lahore from March 29 to April 5, confirmed the PCB.