The pair shows mental toughness after the 1st test debacle 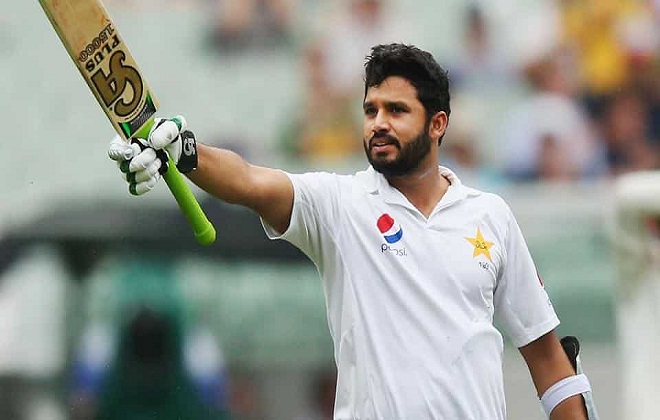 Pakistan’s now 8 year old journey in UAE started with Younus and Misbah pairing for almost 200 run partnership, batting out just under 60 overs, in a game saving partnership. But before that, there was a 63 of 153 ball from a young Azhar Ali. Show casing, his desire for a fight. In the very next test, he played another vital innings of 28 of 135 ball, in partnership with captain Misbah ul Haq, to again draw the match. Thus begun, the Azhar Ali vigil.

Since, we have seen this type of innings from Azhar time and again. He has battled perhaps more with himself to be the batsmen he is today. We saw his peak during that tragic Australian tour. He scored so many runs in alien condition but it didn’t lead to even a draw. Now in 2018, he has seen a run of poor score. The meme industry had a field time of it, mocking the man for his 2018 numbers. That run out just made matter worse. And it has been an underwhelming year for a batsman who was becoming part of the elite of batting from 2014 to 2016. The nagging knee injury took its toll and perhaps retire of the two senior statesmen, also brought attention to Azhar. With the loss in the 1st test perhaps Azhar and team Pakistan hit rock-bottom. It exposed his limitations as a batsman and it made the team go back to the drawing board.

While, from captain Sarfraz to Hasan Ali got out playing aggressive strokes, Pakistan decided to shut up shop. After Hafeez pulled off yet another Hafeez, and Imam ul Haq inevitably degenerating as the opener, the onus was on Harris Sohail and Azhar Ali to put a stop the rot. Harris Sohail was under pressure for playing two lazy shots in the 1st Test, so he decided to buckle down too. Together, they were able to absorb all that New Zealand threw at them. From wicket to wicket line to a leg side, one day like field, New Zealand tried a bunch of things but failed. Even then Azhar found ways to score a tad bit quicker than his partner. That six off Aijaz Patel would have been sweet for the man.

Eventually, it took 2018 luck of Azhar and poor running (or non-running) from Harris to stop Azhar. The way Azhar was fighting, he was set for a long, and I mean long innings. It was tragic but typical to how this year has gone for him. 3 innings remain, before the South Africa test. Last time Pakistan went there, Azhar Ali had a poor time of it scoring just 1 fifty in 6 innings. He would be more determined than ever to do that wrong, right.