I will take every measure to lift the team’s performance: Azhar Ali 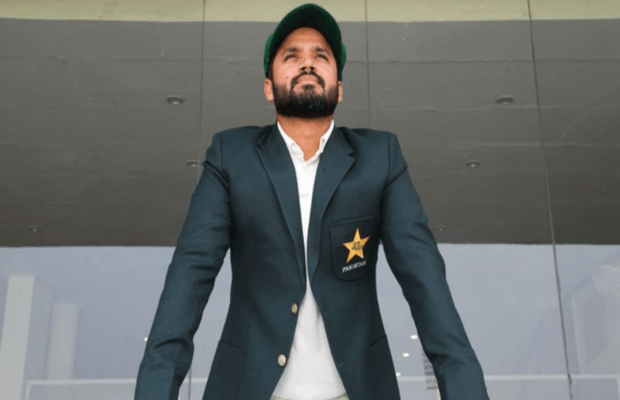 Azhar Ali has been named a captain for Pakistan test team on Friday, after being appointed the star batsman held a press conference on the same day.

The newly appointed captain said he will take every measure to lift the team’s performance’. ‘My target besides winning is to introduce and groom young talent that will serve Pakistan for a long time’, he added.

“There are a lot of challenges our team is facing at the moment and my main target is to improve the team’s Test ranking which is number seven at the moment,” he said during a press conference.

Speaking about his appointment, he added that it is a big honour for him to be handed this responsibility by the PCB. “The board has reposed confidence in me by assigning me the job of Test team captain and I will take every measure to lift the team’s performance and perform to a higher level to be an inspiration for the fellow colleagues,” the batsman said.

“The coming tour of Australia in which we will be playing two Test matches will have a lot of challenges and it is going to be the first Test of my captaincy and I look forward to this series with confidence and hope that we will be able to play good quality cricket in Australia,” said Ali.

He continued, “I had prepared myself mentally to accept captaincy as I consulted my seniors in the game and my family members and then decided to accept this great opportunity.”

The Pakistan Cricket Board (PCB) on Friday removed Sarfaraz Ahmed as Test and T20I captain and appointed Ali and Babar Azam as captains.
Speaking about the outgoing captain, Azhar Ali said that he did a lot to enhance the team’s performance and image in Test cricket.

Replying to a question, the 34-year-old further added that he enjoys greater coordination with the team’s head coach and chief selector Misbah-ul-Haq with whom he had played a lot of cricket in the past.

“I will enjoy working with Misbah while taking benefit from his status and expertise in cricket,” he said.

“I have not been appointed a captain for a short term as leading the team for a shorter time puts the leader under pressure and PCB Chairman Ehsan Mani has assured me of his full backing and support saying that it is not a short-term assignment for me,” he said.

“I don’t know about the time period of my captaincy, what I know that I have enough time to improve my team and my performance as well to accomplish the task assigned to me,” Ali added.

There was a lot of buzz about the upcoming Australian tour at the press conference. Replying to questions regarding the tour Australia, Azhar Ali said,

“Our track record in Australia is not good; we will be missing pacer Mohammad Amir and all-rounder Wahab Riaz, but at the same time it would be a new opportunity for us to prove ourselves in Australia and to get benefit from the talent of new and young players of the team,” he added.

Concluding the press conference, he said “By doing good for the team is the best way that your legacy should also be remembered,” he said adding “Test cricket is not easy but I have faith in the young talent in the ranks and I fully need their support for team’s good performance in Australia.”