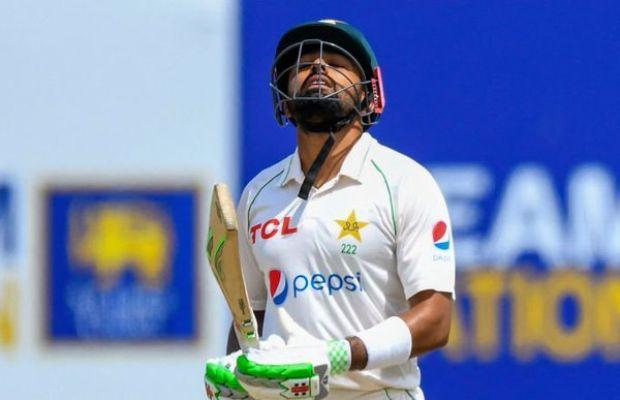 Pakistan captain Babar Azam on the second day of the ongoing 1st Test against Sri Lanka has completed 10,000 international runs by scoring another Test century.

Babar is currently at the No.4 position in the ICC Test rankings, only behind Joe Root, Marnus Labuschagne, and Steve Smith.

The Pakistan skipper is 14 points ahead of the fifth-placed Rishabh Pant.

Ahead of the test match against SL, Babar had won millions of hearts after showing his support for former Indian captain Virat Kohli, who is going through a lean patch.

So good to see this .. from one Champion to Another 🏏 well done @babarazam258 @imVkohli pic.twitter.com/94OuPJ3wvG