The right hander seems to be liking the number 6 position 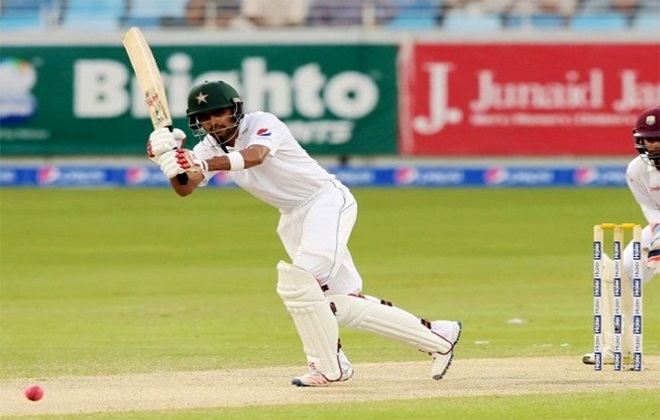 Well, it was inevitable. Babar Azam was marked as special talent in his early years. The no fuss approach to batting is in stark contrast to what we have become used to seeing. In Misbah ul Haq and Younus Khan, we have two batsmen with their limitations but they managed to maximize on their strengths. They were two symbols of what this team became. Dogged, gritty but definitely not flamboyant. Asad Shafiq while elegant against spinner, was mostly adequate against pace. While, Azhar Ali’s batting approach could be defined as safety 1st and 2nd.

So, in Babar Azam Pakistan found someone who was lot more than functional. He wasn’t just scoring runs, because in a country where ‘aggression’ is paramount, the look, the feel of a player matters as much as the substance. Just ask Fawad Alam. So, when Babar Azam burst on the scene with his slightly dawdling approach to batting, Pakistanis feel in love with him. The 50 plus 80 combination in ODIs, and 50 plus 120 in T20Is, simply proved how wonderful this little player is. It is like the answer to our collective prayers.

But he struggled somehow in test matches. On debut he scored 60 odd runs against West Indies but after an excellent 90 against New Zealand, struggled in Australia. Team management thought it was the position of number 3 and the responsibility that comes with it, that caused the struggle. There was no pattern to his dismissals. There was no apparent weakness in his game. But there were a string of low scores. Some identified that he losses concentration during breaks, so his dismissals comes after lunch or drinks breaks.

Mickey Arthur one of his greatest backers might have worked on some exercises to help improve concentration prowess. And with an innings of 127 off 263 balls, he showed how he has overcome that problem. This match hangs in the balance a little bit because Pakistan erred on the side of caution. Sarfraz and co would hope the pitch breaks up and their spin twin comes into play.

As for Babar Azam, the next frontier would be South Africa. A hunting ground where even legendary Pakistan batsmen haven’t had much success. It’s a challenge for the team’s best batsman for sometime.