No other Pakistani player could make it into the Test and T20s ranking lists including bowling and all-rounder categories. 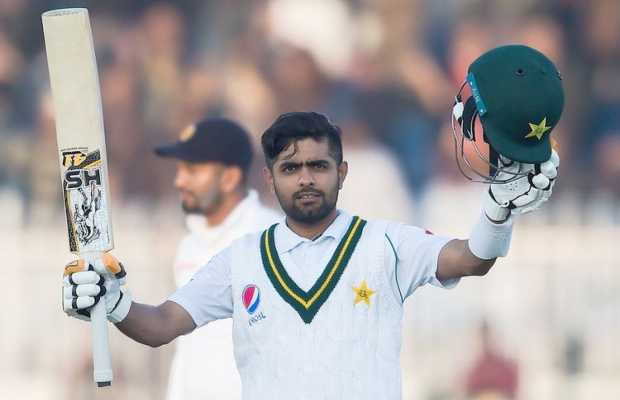 Babar Azam makes it to the top 10 batsmen of all cricket formats in the new ICC ranking!

The 26-year-old Pakistan skipper is the third-best batsman in T20I and ODI in the latest rankings of the International Cricket Council.

While in the Test format, he has been placed at number six as the Australian batsmen Kane Williamson, Steve Smith, and Marnus Labuschagne have grabbed the top three spots in Test rankings.

No other Pakistani player could make it into the Test and T20s ranking lists including bowling and all-rounder categories.

International Cricket Council’s (ICC) newly updated list features the Indian skipper Virat Kholi at the top spot with his teammate Rohit Sharma right behind him on the ODI ranking list.

Meanwhile, the Indian skipper moved one position up to number five in the T20I rankings after scoring two back-to-back half-centuries against England in the ongoing five-match series in Ahmedabad.

His teammate KL Rahul, however, was demoted one place down to the fourth place, losing his spot to the Pakistani captain Babar Azam.

The top two T20I spots have been filled by the English batsman Dawid Malan and Australia skipper Aaron Finch, respectively. 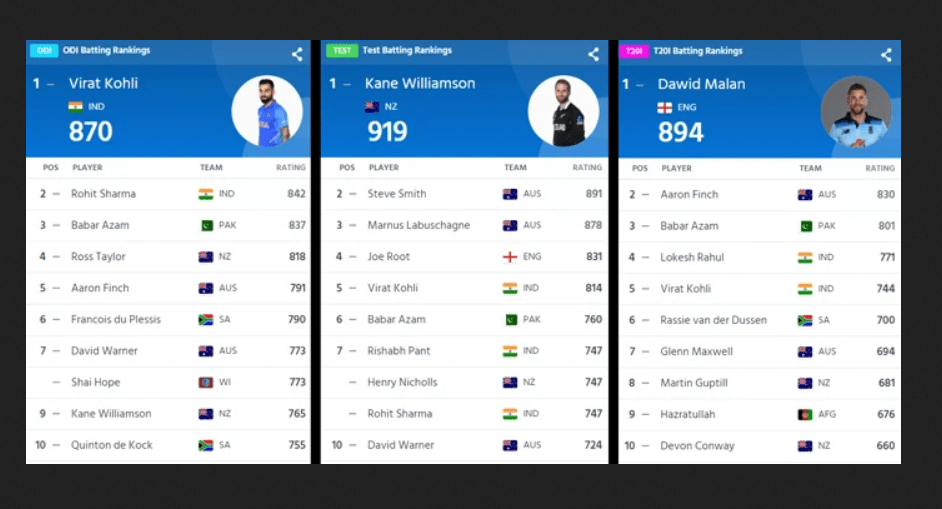