Karachi Kings, under the captaincy of Imad Wasim, won their first PSL title in 2020. 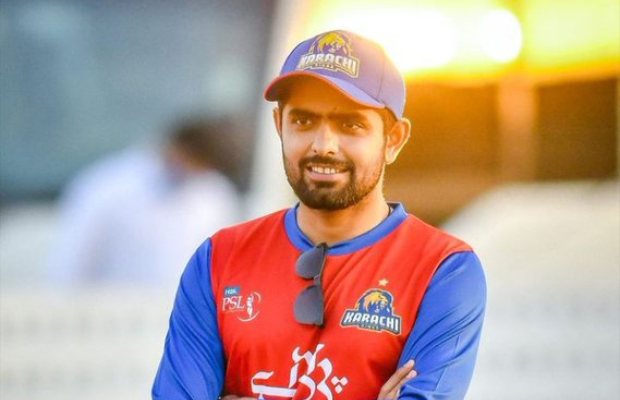 Babar Azam has been named new captain of Karachi Kings for the seventh edition of the Pakistan Super League (PSL).

The announcement was made by the PSL franchise in a tweet on Tuesday.

Babar Azam in the video message shared by Karachi Kings said, “I have been playing for the Karachi Kings for the last five years, and this is like my home and family away from home.”

“I will work as hard as possible to take the team to even greater heights than what we’ve already achieved so far. My promise is that I will give it my all to make sure we keep on growing towards bigger and better things,” Azam added.

Following the announcement, Karachi Kings’ former captain Imad Wasim extended his good wishes to the newly appointed captain of the franchise, Babar Azam, for the upcoming edition of PSL.

Karachi Kings, under the captaincy of Imad Wasim, won their first PSL title in 2020.

“I want to take a minute to thank @Salman_ary bhai and the whole @KarachiKingsARY family for entrusting me with the captaincy for 4 seasons! It’s been wonderful and I look forward to even bigger things for the team in the future,” Imad tweeted.

“Goodluck and best wishes to my brother Babar Azam,” he added.

The players’ draft for PSL 7 is due in the second week of December.

The seventh edition of PSL is slated to be held in January and February 2022.

For the upcoming edition of PSL, all the matches will be played in Pakistan.