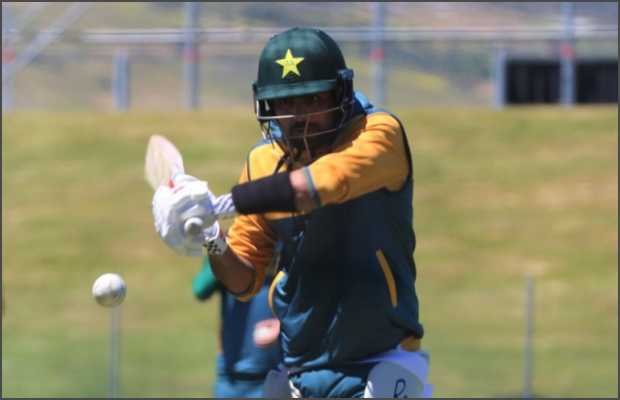 Pakistan cricket captain Babar Azam is ruled out for playing the upcoming T20Is series against the host New Zealand after suffering a fracture in his right thumb during Sunday morning’s practice session.

Pakistan Cricket Board (PCB) has confirmed the situation in a statement on Sunday.

Vice-captain Shadab Khan has been appointed as the stand-in skipper for the T20I series. Shadab is also carrying a groin niggle, according to PCB.

“Babar suffered the injury during a throw-down session, following which he was taken to a local hospital where X-rays confirmed the fracture. As such, Babar will be unable to attend nets for, at least, 12 days, meaning he will not be available for the 18, 20 and 22 December T20Is to be played in Auckland, Hamilton, and Napier, respectively”, the PCB said.

“During this period, the doctors will continue to monitor Babar’s injury before confirming his participation in the first Test, which starts at Bay Oval, Mount Maunganui, on 26 December,” PCB added.

tweet
Share on FacebookShare on TwitterShare on PinterestShare on Reddit
Saman SiddiquiDecember 13, 2020
the authorSaman Siddiqui
Saman Siddiqui, A freelance journalist with a Master’s Degree in Mass Communication and MS in Peace and Conflict Studies. Associated with the media industry since 2006. Experience in various capacities including Program Host, Researcher, News Producer, Documentary Making, Voice Over, Content Writing Copy Editing, and Blogging, and currently associated with OyeYeah since 2018, working as an Editor.
All posts bySaman Siddiqui