Total Cases
|
News Updates
HomeLatest NewsBhatija in, Fawad out, because this is Pakistan!
Latest NewsSports News

Just when I started to tolerate nepotism a bit with Varun Dhawan’s stellar performance in October, Inzi bhai has completely ruined it. Team for the tour to the UK has been announced and once again it’s time to lament for Fawad Alam. I don’t know, why I write the same thing again and again. I am sick of writing that writing about Fawad Alam is entirely useless.  No amount of writing will coax Inzi bhai or for that matter other selectors in doing the right thing.

It has already been cleared that Azhar Ali will be opening. Sami Aslam has also been selected, considering his performance in the last England tour, no qualms about it. He was dropped due to lack of fitness and even now he has barely passed the benchmark. Then we have Fakhar Zaman. His 1st class record isn’t bad, while he has taken to international cricket well, performing at the highest level under pressure. The question is about his temperament. In the Champions Trophy, one of his most productive shots were the top edge over keeper. England, especially Mark Wood would know about it. So, it’s a bit of gamble.

And then is there is Inam ul Haq. He is yet to establish himself in the ODI format. Yes, he scored a 100 on debut against a docile Sri Lankan bowling attack, with the aid of couple of chances. He was initially pick in the ODI on the back of his decent 1st class season. He didn’t play much of Quaid e Azam trophy last year, but his last 2 matches yielded a return of 49 runs.

In three games, why is there a need of 4 openers? With the expected conditions, Sami Aslam and Azhar Ali are likely to open. One could understand the need of Fakhar Zaman. Fawad Alam could have been included, especially as Pakistan’s middle order underperformed against Sri Lanka. It would have given much needed experience to the middle order. Saad Ali’s inclusion is based on domestic performance of the season, Fakhar Zaman on his white ball performance (his 1st class record is better than Imam too), while Sami Aslam performed well in the 2016 series. On what basis was Imam picked?

But this is Pakistan. Where the chairman of the board can term the constant injustice against Fawad Alam as a ‘Karachi’ issue and no one bats an eye. I am sorry Imam, if your folk have little hesitance in being so blatantly biased against an individual, allow me the liberty of an angry headline. You score a 500 on a green top in England, and still your choice wouldn’t be justified. 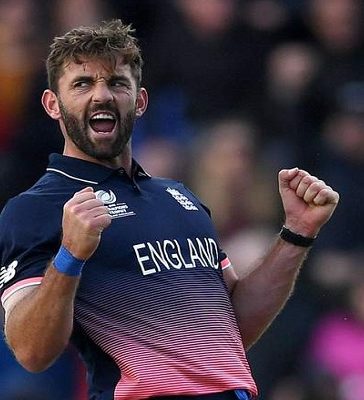