The off spinner polished off the tail as Watling battled on 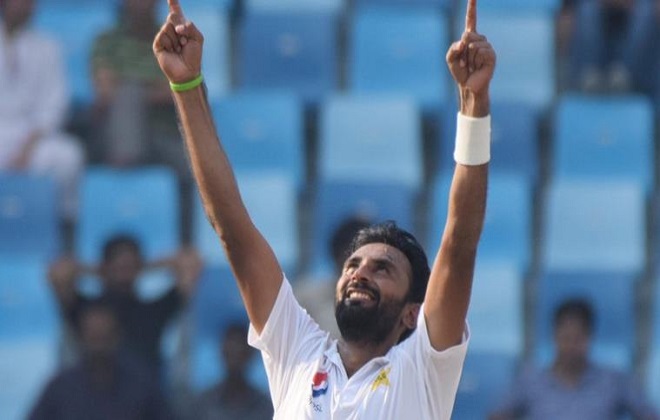 His entry was like the 80s action hero. If Pakistan win this game and along with the series, his exit (reports say he won’t be picked for South African series), he exit would be a memorable one for the moment. In between, while Bilal has provided support to Yasir and Co without ever looking too threatening. There were definitely calls for dropping him as Pakistan considered going with a 3-1 combination.

However, Abu Dhabi wicket provided Bilal just enough bite for him to cause serious damage to the New Zealanders. As Yasir Shah ripped through the New Zealander top order, it was difficult to dislodge Watling. Colin Grandhomme, with his gung ho approach, was Bilal’s 1st victim. Tim Southee didn’t trust his defense and swept his way to the pavilion.

Today, in Somerville, the wicket keeper found a willing ally. However, with the pitch still offering plenty it was eventually Bilal who helped Sarfraz in his quest of wickets. It was attacking shot from Somerville and later Boult which led to their dismissal. While Aijaz Patel feel to a typical left hander’s dismissal. Bilal Asif, came in under pressure in the test match, however given the state of the wicket, he took full advantage.

Pakistan have had one lead spinner and a support act throughout their UAE years. Saeed Ajmal was ably supported initially by Abdur Rehman’s wily left arm orthodox spin. With Rehman losing form, Zulfiqar Babar got his long awaited chance. Yasir Shah replaced Ajmal as the main cast as Zulfiqar continued. However, in the last year or so Pakistan have played Shadab Khan, and 3-1 combination without much success. They toyed with the idea of Mohammad Asghar too. But Bilal Asif bowled himself to the reckoning with good numbers. Another few wickets in the 2nd innings, and he might still be part of the team going to South Africa.