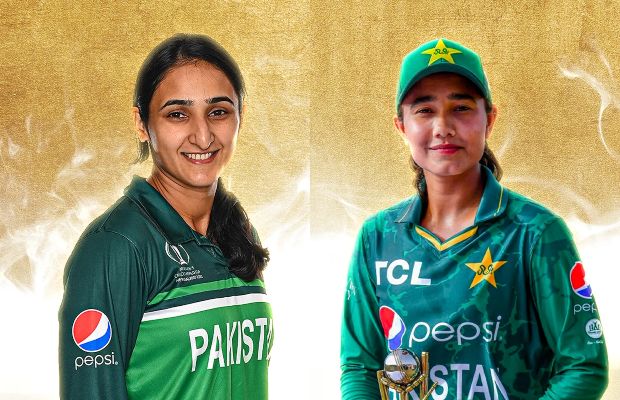 The International Cricket Council (ICC) has nominated two Pakistan women’s team players for the Player of the Month award.

Stars of Pakistan’s bowling attack and batting lineup, Tuba Hassan, and skipper Bismah Maroof have been shortlisted for the ICC Women’s Player of the Month, it emerges on Monday.

Both have been nominated in recognition of their phenomenal performances in the recently concluded home series against Sri Lanka women.

Bismah led her side from the front in the T20I series and became the leading run-scorer with 65 runs.

The crucial knocks showcased by Bismah lead her team to whitewash Sri Lanka 3-0 in the series.

While, Tuba, on the other hand, made a dream debut as she stormed through the Sri Lanka batting order in the first T20I. She was awarded Player of the match for her exceptional 3/8.

The leg-break bowler was awarded the ‘Player of the series’ for her economical bowling and grabbing 5 wickets in the three-match T20I series against Sri Lanka.

While Trinity Smith of Jersey is the third nominee shortlisted for ICC Women’s Player of the Month.

17-year-old all-rounder, Smith made her debut against France in the quadrangular series that also involved Spain and Austria.

She did not get a chance to bat but picked up a wicket on debut.