In demanding conditions, he has looked neat in all three games 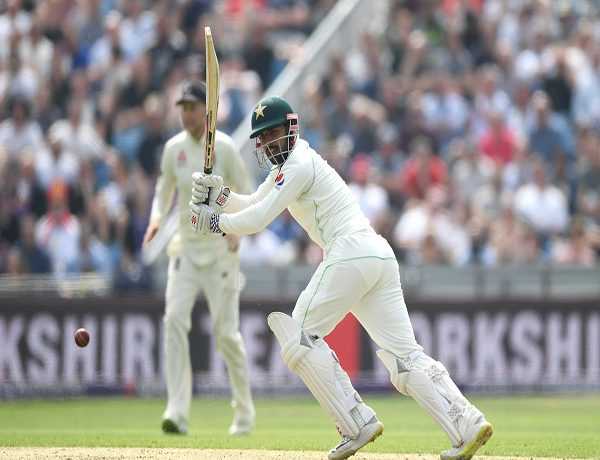 As the English commentators starting contemplating a decent score, Hasan Ali scoped up a simple return catch for Chris Woakes. It ended a decent counter attacking defiance from the right hander. Just b/w the ball soaring from the lead edge of Hasan and reaching the hands of a gleeful Woakes, Shadab Khan had gauged what was about to happen, at the non-striker’s end. He curled and punched the air in frustration. He was batting beautifully. The sun was out, ball probably had gone soft. He was looking for a much bigger partnership. It wasn’t to be.

Around 4 years ago, when Sarfaraz Ahmed made his comeback to the Pakistan side, Shadab’s act was his. Remember that Sri Lanka away series Pakistan lost 2-0 and Sarfaraz was the lone batsman to come out with credit? The burden of captaincy perhaps is weighing him down a bit. It shouldn’t but perhaps it is. At Lords, he tried to get himself in but ended up playing a rather poor shot. Yesterday, he tried to go for it from the outset and ended up playing slightly across the line to a ball that should have been played straighter. His stump, like his recent batting form were a mess.

Possibly, batting at 6 is a number too high for him. Sometimes, I do get the feeling that Sarfaraz doesn’t believe in his own batting as much as his fans do. With the technique on show from Shadab, it may suit the team better to change number with the captain. Sarfaraz can return to 7 and simply go for it. A quick partnership b/w him and Faheem Asharaf could change the course of the game.

But that is for the 2nd innings and later. For now, Shadab Khan who started his bowling spell with precision and little bit of spin, needs to continue. He could have Bess, had we opted for a review with that googlie. We never saw the replay for some odd reason. If there is no cloud cover, Shadab will have to do the damage. If he can’t strike early, I am afraid yesterday’s hole would become to big to fill.