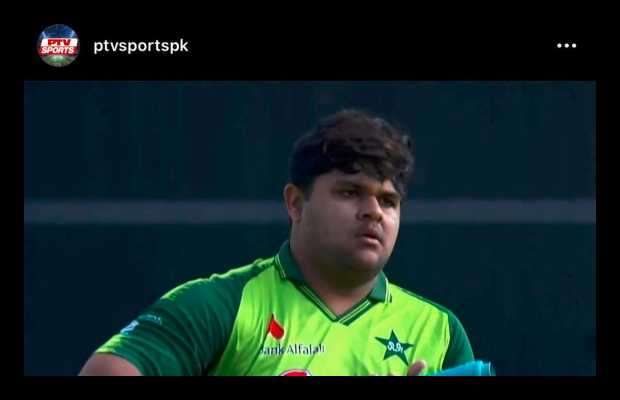 A number of Pakistani celebrities took to social media calling out the national sports channel for an offensive joke that was shared on PTV Sports’ official social media accounts during the first T20 match against England on social media.

Whoever running the Twitter accounts, had mocked the cricketer for his weight sharing a bizarre caption.

However, the post was taken down after severe criticism.

A picture of Azam Khan was posted on the PTV Sports timeline with the caption meaning, “He eats a lot but doesn’t hit much.”

Actor Faizan Shaikh registered his protest saying, “Shame on you,” he wrote. “Making fun of national players! Body shaming a player who is representing your country on the highest level. No wonder your quality has gone down the drain.” 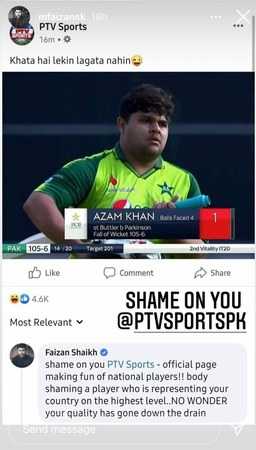 Actor and composer Haroon Shahid posted a screenshot of the PTV Sports comment on his Instagram story saying, “At first I thought this is some fake page running under the name of PTV Sports. To my surprise, it wasn’t! Is this how we are going to ridicule our players?!” 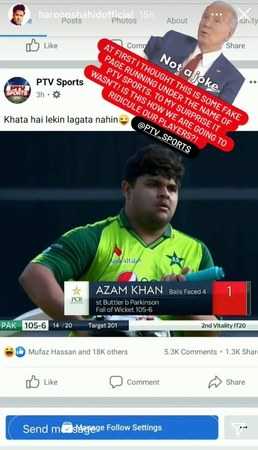 Popular actor turned host Faysal Quraishi responded to the development in his Instagram story saying, “Shame on you {TV Sports.” 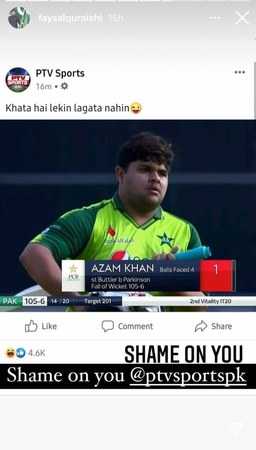 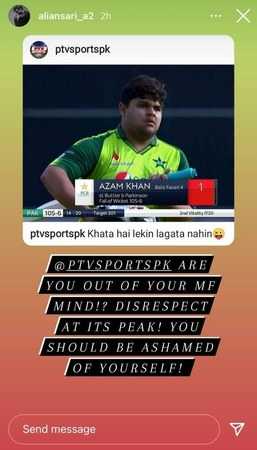 What sort of society do we live in where a truly amazing sportsman is failed to believe that he deserves basic respect from the national TV as he represents his country at an international level regardless of the shape of the body. This was a low blow @PTVSp0rts #AzamBodyShamed pic.twitter.com/C4D9EflnJn

How Pathetic! #shameonyou #PTVsports. They shared this post on their facebook page… Is this the way to support our cricketers? Is this how we are going to Ridicule our players? #bodyshamingofazamkhan #stopbodyshaming #Wesupportazamkhan pic.twitter.com/LHDWpGTlQX