A 20-man squad announced for the tour 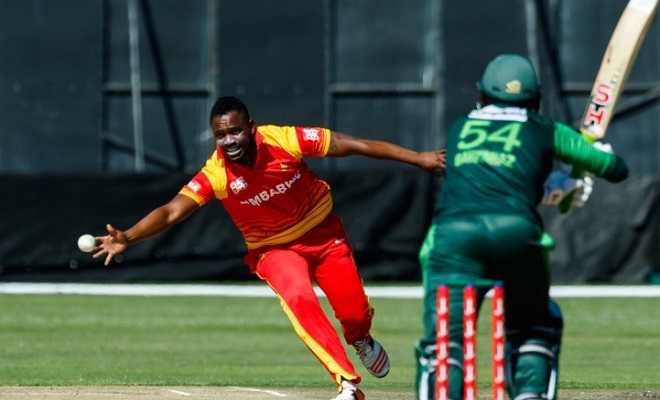 Zimbabwe Cricket Board has named Chamu Chibhabha as the captain for the upcoming Pakistan tour. The 20-man squad will be playing three T20s and three ODIs.

In their last international assignment, Zimbabwe were captained by Sean Williams in both formats. The selectors have opted to keep the left-handed batsman in the squad. There are some more familiar names in the squad including Brendan Taylor, Sikandar Raza and Elton Chigumbura. Kyle Jarvis, however, has failed to make the squad. In his place fast bowler Blessing Muzarabani has been included.

The young pacer was contracted as a Kolpak player with Northamptonshire. However, with Brexit, that door has been shut allowing him to make an international return. This is the 1st time he is in the Zimbabwe squad since 2018. Another new face is Saudi Arabia born all-rounder Faraz Akram.

The series is set to be played in Lahore and Rawalpindi.