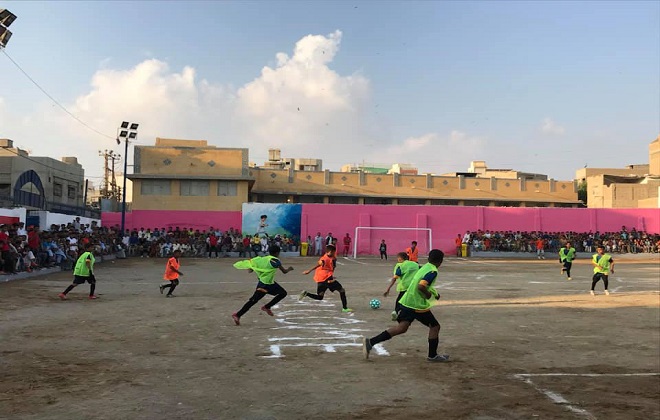 Legacy is not such an important thing in our part of the world. Politicians, drag hold on to power, until they are literally kicked out of their parties or government. General Pervaiz Musharaf and Farooq bhai come to mind. In Sports, many are pushed out trying to achieve that fairly World Cup winning Imran Khan like retirement. I am looking at Shahid Khan Afridi. Singers, try to prolong their brand based on nostalgia as long as someone is ready put them on TV, Hasan Jhanghir and the recent Junoon comeback is a classic example. For those not in the limelight, a vast majority of them are just surviving day to day. Life doesn’t allow them to look beyond the next day. However, some have the means and more importantly willingness to fulfill their dreams or those of a loved one.

Emad Naqvi’s parents are two such beautiful human beings, who cared about how their son shall be remembered. Emad, a licensed FIFA coach, loved the Red Devils. He has wanted to return to Lyari and give a chance to the youth there to excel by providing them a sports academy. He was well known in the area, as his adoring students called him Coach Emad.

He was set to graduate from Boston University, but he took his own life.

“We lost Emad but now we have so many children,” said Azfar Naqvi, Emad’s father.

On 9th December 2018, in the densely populated area of Lyari Emad’s parents kick started the Coach Emad Football Academy. With the support of young and old of Lyari, this initiative was for the next generation of footballers, boxers and gymnasts.

“This was Emad’s dream. Due to efforts of many we have achieved this. To my last breath, I will always give it my all to keep this dream alive. To give these children a platform to shine, to showcase their talents, ” he added. 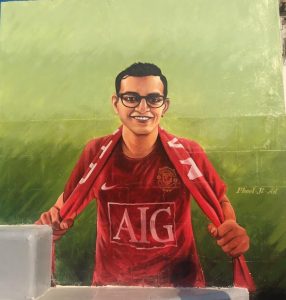 Atia Naqvi, Emad’s mother was visibly moved during the ceremony. It is hard to imagine what was going through her mind.

During the inauguration ceremony, an exhibition match was held between two team of the CEFA. While the match ended 1-1, there was fight and there was guile. It was festive atmosphere as hundreds gathered to cherish these moments.

Ahmer Naqvi, cousin of Emad and one of the board members of the organization behind this initiative, while making his small speech mispronounced a word in Urdu. He covered it up by saying ‘sorry mai thora burger hon.’ It reflected how the ceremony was helpful in breaking the class barriers. Ahmed, brother of Emad referred the game donning Emad’ jersey.

Emad’s parents were on TV a few weeks ago talking about Emad with fondness. Their openness towards the problems Emad faced, should help our society in general in realizing how important mental health is. 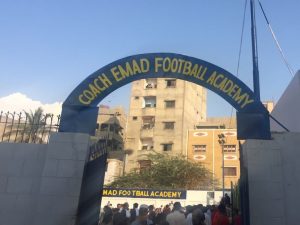 Ahmed Naqvi stressed upon this fact.

“It’s not enough that we are providing our kids with these places. We must also provide them with the mental stability and peace they need in their lives,” said Ahmer.

After the game, kids and teenagers lined up to do back flips (as per my basic understanding of the sports). The loudest cheer was for the girl who was perhaps 4 or 5 years old. In an area which is notorious for sounds of bombs and bullets, this was music to our ears. All thanks to the will of those who believed in Emad’s dream!