The batsman had retired a year ago 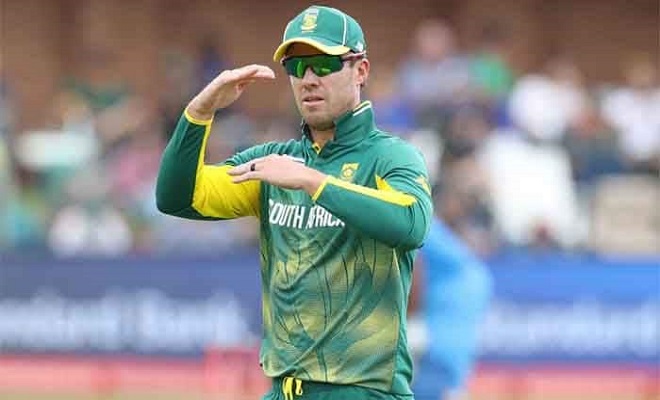 Cricket South Africa turned down a last-minute offer from AB de Villiers to play the World Cup 2019. It is being reported that the legendary batsman contacted captain, head coach and convenor of selectors to make them aware of his availability.

However, the offer came only 24 hours before the squad announcement. However, he was told that it would not be possible to recall him. It is understood that he wasn’t even considered.

De Villiers retired a year ago and has not played any domestic cricket in South Africa. Moreover, other players such as Rassie van der Dussen, have been selected in his place and performed quite well. Therefore, it would have been unfair on him or any other players to drop them for someone who hasn’t been part of the set up for a fairly long time.

However, fans would be wondering “what if” after a dreadful start to the World Cup Campaign. South Africa have lost all three games so far and Dale Steyn has been ruled out due to injury. To make it to the semi-final South Africa have to win all 6 games.

When de Villiers announced his retirement last year, it came as a shock with it being so close to a World Cup. However, he stated that he had ‘run out of gas’ and needed to make this decision. He was firm in his decision

However, in recent times he was quite coy with his responses when asked about the World Cup.

“I was keen to play in the World Cup, but I left, I retired. It was a very sensitive situation. For the last three years of my career, I was labeled as a guy who is picking and choosing when I was playing and when not. So I got quite a lot of criticism from back home, which also played a role in me retiring.

“And it was difficult for me to then go ‘Hey, but I’ll still play the World Cup’. It’s that picking and choosing thing again, and it’s quite arrogant to do something like that. But as they say, you can’t have your bread buttered on both sides.”

It would add to the pressure on the South African captain who could be blamed for not allowing an all-time legend in the squad and now South Africa’s batting is particularly struggling.