Dale Steyn announces retirement from all formats of cricket

He played the Pakistan Super League in 2021, his last professional commitment as a player. 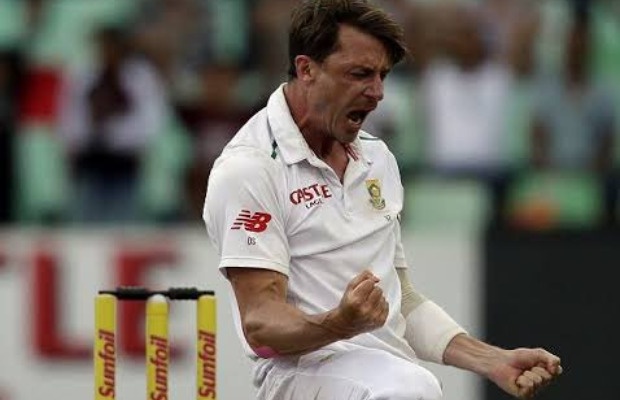 Dale Steyn announces retirement from all formats of cricket!

Taking to social media on Tuesday, the South African pacer announced his retirement from all forms of the game.

In a statement, he said: “Today, I officially retire from the game I love the most. Bittersweet but grateful.”

“It’s been 20 years of training, matches, travel, wins, losses, strapped feet, jet lag, joy, and brotherhood. There are too many memories to tell.

“Today I officially retire from the game I love the most. Bittersweet but grateful. Thank you to everyone, from family to teammates, journalists to fans, it’s been an incredible journey together.”

Steyn was initially included in South Africa’s squad for the 2019 ICC Cricket World Cup but had to pull out without playing a match due to a shoulder injury problem.

Steyn bagged 439 wickets from 93 Tests at a stunning average of 22.95 and strike rate of 42.3. He finishes eighth on the all-time list of wicket-takers.

Steyn had retired from Test cricket in 2019 with an eye on limited-overs formats, last played an international in February 2020 – a T20I against Australia – however due to constant run-ins with injuries over the last few years, especially after a career-threatening shoulder injury during South Africa’s tour of Australia in November 2016.

In 2020, Steyn played for Royal Challengers Bangalore in IPL  but managed only three matches for average returns.

He played the Pakistan Super League in 2021 as his last professional commitment as a player.

tweet
Share on FacebookShare on TwitterShare on PinterestShare on Reddit
Saman SiddiquiAugust 31, 2021
the authorSaman Siddiqui
Saman Siddiqui, A freelance journalist with a Master’s Degree in Mass Communication and MS in Peace and Conflict Studies. Associated with the media industry since 2006. Experience in various capacities including Program Host, Researcher, News Producer, Documentary Making, Voice Over, Content Writing Copy Editing, and Blogging, and currently associated with OyeYeah since 2018, working as an Editor.
All posts bySaman Siddiqui