The leg spinner was banned for life in 2012 by ECB 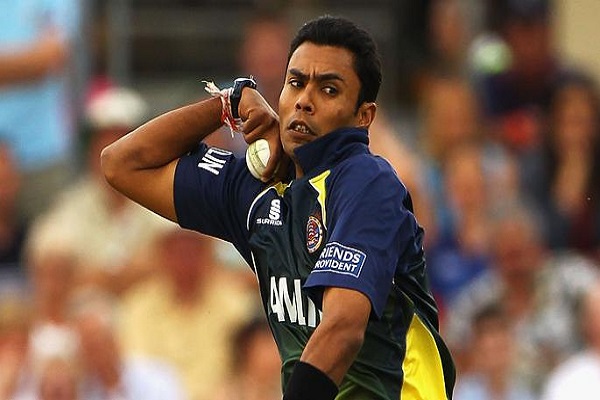 In an interview to Al Jazeera TV, former Pakistan test cricketer Danish Kaneria admitted his guilt in the spot fixing case. The case involving Essex team mate Mervyn Westfield, made headline across the cricketing world but Kaneria maintained his guilt since the accusations surfaced around 2010.

“My name is Danish Kaneria and I admit that I was guilty of the two charges brought against me by the England and Wales Cricket Board in 2012,” said Kaneria to Al Jazeera Investigations program.

He has refuted these charges for more than 6 years and went through different appeals to have the ban revoked. He put it down to his own weakness and his desire not hurt his ailing father’s.

I have become strong enough to make this decision, because you cannot live a life with lies. My father’s health was getting worse and worse,” Danish said. “I didn’t have the courage to face him and tell him that I was wrong. He was a very, very proud guy. Very, very proud of me and what I did, representing Pakistan, representing my country.”

The case pertains to luring Westfield, a county cricketer into spot fixing. Kaneria facilitated a deal between Anu Bhatt and Westfield. The bowler was paid £6000 in exchange of conceding pre-agreed number of runs in a Pro40 match against Durham in September 2009. Westfield was jailed for the offense but Kaneria was let off the hook as the Police couldn’t find evidence against him.

The central figure is Anu Bhatt. Kaneria also presented details of how he met the man.

“In 2005 on a West Indies tour, my assistant manager introduced me to Anu Bhatt, because he was a Hindu and he was a cricket fan. Then we were on a India tour and over there, 2008 it was I think, Anu Bhatt invited the whole team for dinner, so me and my wife and other cricketers went to his house for the dinner.”

Subsequently, he was told by the Anti Corruption Unit of ICC that he should stay away from Bhatt as he is suspected of being involved in illegal activities.

“[ACU] Came to Pakistan and told several cricketers and me that he is a suspicious guy and is involved in doing fixing. I regret very much, I didn’t complain to the higher authorities, like English Cricket Board or ICC unit. I didn’t inform or didn’t tell them this guy is over here [in the UK].

Kaneria was also upfront about how his lifestyle was a factor in Westfield’s decision to go ahead with the fix.

“Mervyn used to tell me that he wants to become a rich cricketer. I was highly paid in Essex, and I was an international player at that time. And I was living a life, a very lavish life, so he also wanted to make money. I think he was targeted by Anu Bhatt and I think he fell into that temptation. Being an international cricketer and a senior cricketer, I should have taken it one step higher of telling Mervyn that this guy is suspicious.”

And he went to apologize to Westfield, and cricket fans in general, hoping he could play a positive role in cutting out corruption in the game.

“I want to apologise to Mervyn Westfield, my Essex team-mates, my Essex cricket club, my Essex cricket fans. I say sorry to Pakistan. If the ECB and ICC and other bodies would give me a second chance I can help to educate young people in cricket, teach them that if you do wrong you are finished like me.”

This brings to end an intriguing chapter, where a cricketer refused to admit his guilt despite evidence. The period of 2009 to 2010, was again a dark period as we saw Mohammad Amir, Mohammad Asif and Salman Butt banned soon after.