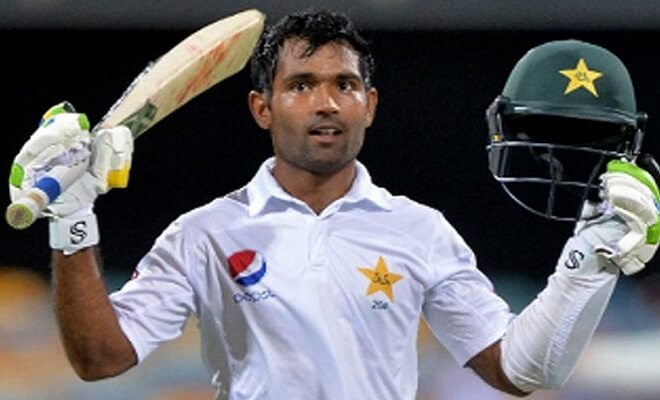 There are times when having less is an advantage.

Babar Azam came in after Pakistan had lost three wickets in a blink of an eye. Haris Sohail had already tried lacing the ball through the covers a couple of times, before falling to a waft. Babar Azam, with the weight of the world on his shoulders, came in and decided it was time to break the shackles.

A cut short, a fend off towards the leg side, a full face defensive shot was followed by an expansive drive. This was the end of this story. A ball later, incoming Iftikhar Ahmed tried to nail another drive. Luckily he missed it entirely. Soon, he fell to quite frankly a lazy shot.

On the other end, Asad Shafiq’s 1st drive attempt came on his 17th ball. It wasn’t against Cummins or Hazlewood, who have better command over length but slightly erratic Starc. Asad’s 20th ball was also driven through the off side, again the bowler was Starc. On his 23rd ball, he brought out the on drive against Cummins. Picking the right length to drive all three times. The next boundary again came against Starc, who wasn’t swinging it back into him.

Next over, Lyon was brought in and this was where Asad was at ease. Rizwan’s counter-punching gave Pakistan some momentum, but a clear blunder by the 3rd umpire ended that fling. Asad continued on his merry way. According to CricViz, he tried to score of 75% of Lyon’s deliveries. With Yasir Shah as his partner, he wasn’t overly aggressive but what followed this grind was an easier passage as captain Tim Paine worried about the over rate. Fifteen overs of spin from both ends allowed Pakistan amble from 170s to 240. Credit to Yasir who survived against the fast men and earned his runs.

On a pitch, rated 9 out 10 for the difficulty in batting by CricViz, Asad Shafiq showcased the value of biding his time and neutralizing the opposition’s strength or as Shoaib Akhtar would like to call it ‘darpoki’. There were no extravagant square drives, hoicks towards the leg side, pulls and hooks that showed disdain. Accumulation was the way to go. When he fell, it was to a beautiful delivery that seamed in by 1.23° (via CricViz). Even with tail-enders by his side, he wasn’t willing to simply take a punt.

Earlier, Shan Masood and Azhar Ali had also shown that restraint rather than hyper aggression is the way to go. Apart from Rizwan’s devil-may-care innings, today showed that top-order batsmen need to get a grip before trying to thump balls towards the boundary.

Had Haris, Babar or Iftikhar, stayed along with Shafiq, Paine would have been in a pickle. The poor over rate, forced his hand a bit which allowed Pakistan another forty to fifty runs, despite practically playing with three no 11s.

Things are not entirely out of their hands right now but 240 clearly is below par. If Pakistani bowlers can’t pick up wickets early, they will be in for a tough couple of days. Today Australia showed that in these conditions, patience aka darpoki delivered results. Rather than screaming bouncers, it was line and length that did the Pakistani batsmen.

Hence, perhaps that is what Pakistan need to be, more darpok.