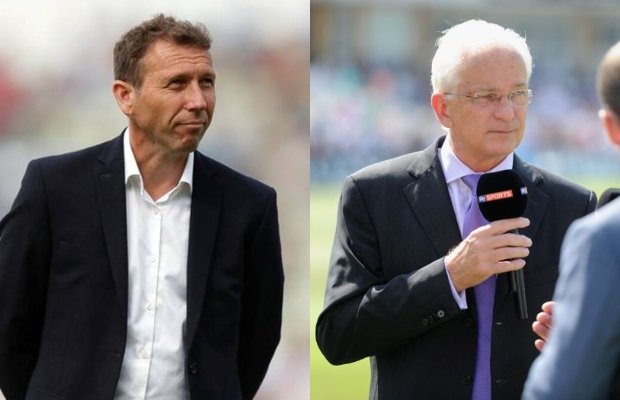 Former England captain David Gower lashed out at England and Wales Cricket Board (ECB) over withdrawing from the Pakistan tour.

In a statement issued on Thursday, David Gower said he did not see any logic in the ECB’s decision to cancel the tour, days after the New Zealand squad decided to abandon the Pakistan series minutes before the first ODI was scheduled to take place.

“I see no logic in England’s decision to withdraw from Pakistan tour,” he said.

“They [England team] only had to spend four or five days in Pakistan,” said Gower. “That is not a tough bubble.”

The reasons given by the ECB to withdraw from the Pakistan tour seemed to be made up, he said adding that the situation could have been resolved easily.

Reactions over the ECB’s decision continue to pour in,

It was two days ago when Mike Atherton has criticized England and Wales Cricket Board (ECB) for their decision to cancel the men’s and women’s cricket team tour to Pakistan.

“England have failed to repay their debt – they owe to Pakistan, former England batsman said.

Atherton added that security advice could have been a better excuse by ECB to pull out the tour citing COVID fatigue reflects ECB’s fragile memory.

“At the time of Pakistan’s arrival last year, COVID death rates in this country were the third highest in the world, more than 150 times the rate in Pakistan. Still, Pakistan came, keeping who knows how many professional cricketers and support staff in their jobs.”

He conceded that Pakistan has every right to be angry over ECB’s betrayal.

England have failed to repay debt they owe to Pakistan. Comment in ⁦@TimesSport⁩https://t.co/GCdUvmqamA

He said, “The sense of anger and betrayal in Pakistan is real and understandable. Ramiz Raja, the new chairman of the Pakistan Cricket Board, is a former cricketer rather than an administrator, and therefore, talks a player’s language. He has been refreshingly blunt and has talked of learning a harsh lesson where England are concerned.”