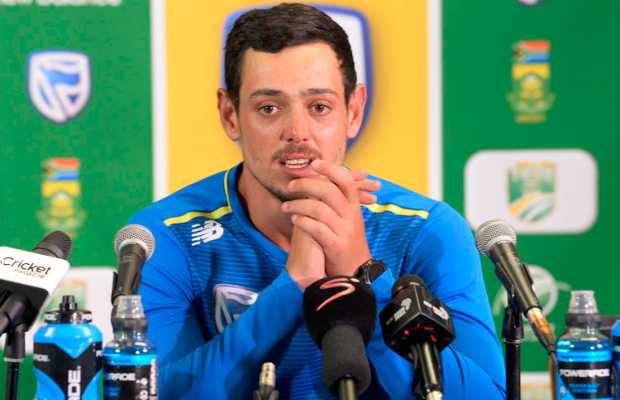 As being reported, he is going to skip the forthcoming domestic Twenty20 tournament on medical advice.

De Kock who is South Africa’s regular white-ball captain had agreed to skipper the Test side in a temporary capacity during the current season.

According to Andrew Breetzke, chief executive of the SA Cricketers’ Association (SACA),  de Kock would take time off from the game ‘for a few weeks’.

“SACA and Cricket South Africa will continue to support him through this process,” said Breetzke.

De Kock who has returned from Pakistan last week after leading South Africa in two losing Tests during which he struggled as a batsman and was hit with criticism over his captaincy.

Last month Quinton de Kock acknowledged that he was feeling the strain of living in bio-secure ‘bubbles’ which are a reality for international cricketers during the COVID-19 pandemic.

Earlier speaking after captaining South Africa to a home Test series win against Sri Lanka, De Kock has also questioned the sustainability of ‘bubble’ life which he described as “unsettling”.

Speaking at that time, he expressed that he had mixed feelings about touring Pakistan because of the frustrations of being confined to a bio-secure environment.