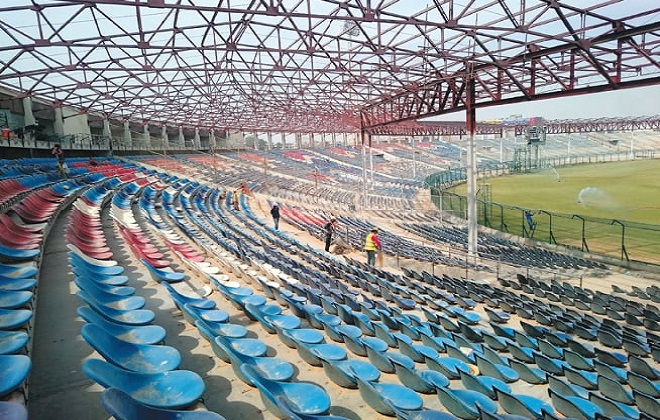 The tragedy of Baldia factory, the infamous inferno took over 260 lives of workers happened a few years ago. After the incident, one provincial minister resigned, there was a lot of noise. Soon, a political party was accused of initiating this deadly fire. We kept hearing different names of individuals who were accused of this heinous crime. From the political brass to top LEA leadership commented on the story. Despite the efforts of a few anchors like the Zara Hat Kay trio, the story died its own death.

Whosoever suggested to blame a political party for the fire, was a genius. I am not exonerating any one of the alleged crime. As we stand in 2019, just under 7 years later, we do not have any answers. But there is something I am sure of. If a similar fire erupts in any of these factories with this many workers, chances are we will have another tragedy at hand. This is simply because, after Baldia incident, there was a witch hunt. Initially towards the owner and then the alleged perpetrators of the incident. There were demands of public hanging, call for mob justice etc.

But on a state level, and in media no one asked about the safety standards in the company. How were people in such number locked in? Who allowed the company to operate in such conditions? Is there any government body which is there to enforce certain safety standards? Baldia factory fire victims’ movement have in their own right tried to increase awareness and question state authorities. But a state level push is clearly absent.

And now we are repeating the same mistake again. I personally, do not agree with a lot of comments Mr Shoiab Jatt of Samaa makes. His style, in my opinion is of sensationalism. But in breaking the story of ‘Kalu Khan’, the slain (yes slain) worker who lost his life while working at the National Stadium, Shoiab has done a great service.

Thanks to his report and subsequent reaction, the family of the worker will now get some compensation from PCB according to sources. Moreover, the City government has sprung to action, late as ever. The grieving family should get as much support as possible.

However, the reaction or the demands are once again missing the point. It’s been more than 24 hours since the news broke, and as per the report 4 day, since the death. There hasn’t been any response issued by PCB or the company. So one would have to work on the assumption that they don’t dispute the facts of the story.

Hence, we need to ask pertinent, and directed questions from our government, the PCB and the contractor. Aside of compensation to the family, what action is being taken against Bismillah Constructions? Any inquiry commission being set up? Is the company continuing their work? Are the workers now at least working in a safe manner? What happens, if a similar incident happens again? Who would be responsible?

More importantly, when Bismillah constructions were hired, did the PCB ensure that they will provide workers with safety gear? If not, will the individual take responsibility? Also, is there a government body which issues licenses to companies? If so, how did they provide a license to this company?

Pakistan has the worst kind of capitalism. It’s a free market for extortion, and a way for government official to make money. The consumers and the workers get the worst end of the deal. It is upon us to demand answers. I demand that the PCB should suspend contract with Bismallah Constructions immediately. Even if that means we see a few cricket matches with unpainted roof tops. There is nothing more important than a man’s life.