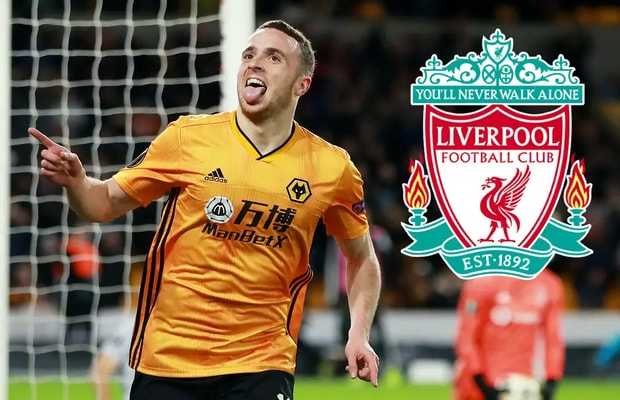 Liverpool Football Club has agreed on a deal for Wolves forward Diogo Jota, with the 23-year-old set to head to Melwood to undergo a medical before completing the deal on Saturday.

The Portuguese international has scored 44 goals in 131 appearances for Wolves, will be joining the Reds in a deal worth an initial £41 million. As being reported, that fee could eventually rise to £45 million with add-ons.

Reds an even better chance of retaining their Premier League crown this term, as the forward can play in a variety of positions across the front line. And will also provide Mohamed Salah, Sadio Mane and Roberto Firmino with additional competition upfront.

Last week, Jota was an unused substitute in Wolves 2-0 victory over Sheffield United.

Furthermore, he was also left out of the Wolves squad by Nuno Espirito Santo for the mid-week League Cup defeat against Stoke City.

Premier League champions has also secured the signing of Thiago Alcantara from Bayern Munich in a deal worth up to £25m, reportedly.

The Spaniard signed a four-year contract as he takes over the No.6 jersey from the departed Dejan Lovren.

As being reported, Hoever’s move is expected to be worth an initial £9 million, with a possible additional £4.5 million in add-ons plus a 15 per cent sell-on clause.

tweet
Share on FacebookShare on TwitterShare on PinterestShare on Reddit
Saman SiddiquiSeptember 19, 2020
the authorSaman Siddiqui
Saman Siddiqui, A freelance journalist with a Master’s Degree in Mass Communication and MS in Peace and Conflict Studies. Associated with the media industry since 2006. Experience in various capacities including Program Host, Researcher, News Producer, Documentary Making, Voice Over, Content Writing Copy Editing, and Blogging, and currently associated with OyeYeah since 2018, working as an Editor.
All posts bySaman Siddiqui