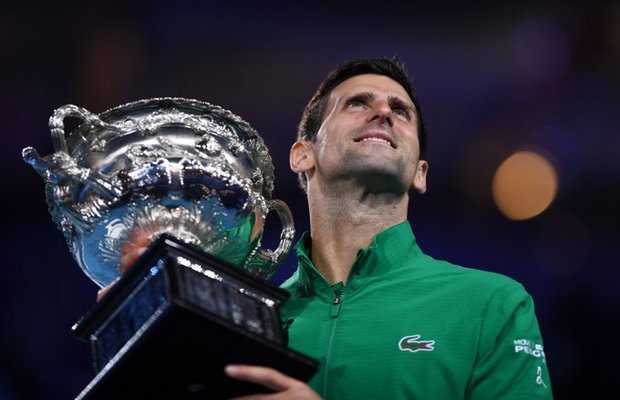 Fifth-seeded Austrian Thiem had been seeking a maiden Grand Slam title at the final that lasted 3 hours 59 minutes.

This was the third straight men’s Grand Slam final to require five sets.

The victory allowed Serbia’s defending champion to reclaim the No. 1 ranking from Rafael Nadal.

“Definitely my favorite court and my favorite stadium in the world and I’m blessed to hold this trophy once again,” Djokovic said at Rod Laver Arena during the trophy presentation.

“Amazing achievement. Unreal what you’re doing throughout all these years,” said the fifth-seeded Thiem, who is 0-3 in major finals.

“You and also two other guys, I think you brought men’s tennis to a completely new level. I’m proud and happy I can compete in these times and this period of tennis. I fell a little bit short today, but I hope I can get, soon, revenge.”

Addressing Thiem, Djokovic told him: “It wasn’t meant to be tonight. Tough luck […] You were very close to win it and you definitely have a lot more time in your career. I am sure you will definitely get one of the Grand Slam trophies. More than one.”