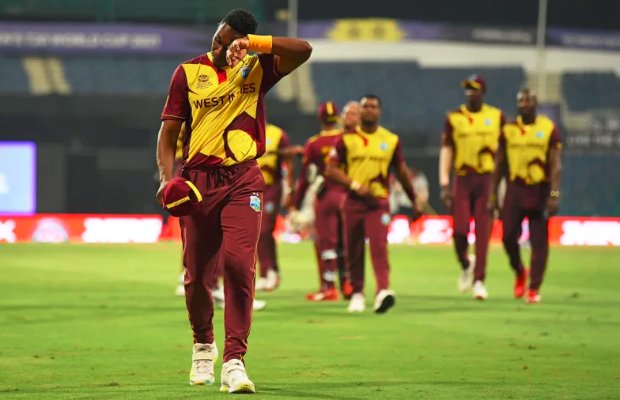 Dwayne Bravo will retire from international cricket after the conclusion of the West Indies’ bid for the ICC T20WC.

Bravo came out of retirement in 2019 to lead the West Indies in the defence of their T20 World Cup title.

He has participated in all seven World Cups of the shorter format of the game and has overall, appeared in 90 T20Is.

West Indies will play their final Group 1 game against Australia in Abu Dhabi on Saturday, however, this World cup hasn’t been ideal for the WI team.

The West Indies can no longer qualify for the semi-finals as they have lost three of their first four matches of the ICC T20 World Cup.

So the match against Australia is going to be Bravo’s last international appearance representing WI.

Dwayne Bravo said, “I’ve had a very good career. To represent the West Indies for 18 years, had some ups and downs, but as I look back at it I’m very grateful to represent the region and the Caribbean people for so long.

“To win three ICC trophies, two with my captain [Daren Sammy] on the left here. One thing I am proud about is that in the era of cricketers we had we were able to make a name for ourselves on the global stage and not only do that but have silverware to show for it,” he added.

tweet
Share on FacebookShare on TwitterShare on PinterestShare on Reddit
Saman SiddiquiNovember 5, 2021
the authorSaman Siddiqui
Saman Siddiqui, A freelance journalist with a Master’s Degree in Mass Communication and MS in Peace and Conflict Studies. Associated with the media industry since 2006. Experience in various capacities including Program Host, Researcher, News Producer, Documentary Making, Voice Over, Content Writing Copy Editing, and Blogging, and currently associated with OyeYeah since 2018, working as an Editor.
All posts bySaman Siddiqui