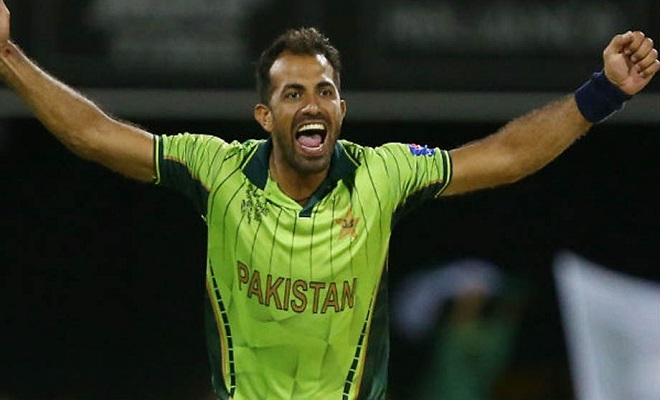 Is this finally it for Wahab Riaz? For a nation that never really adored him, is this the end? The ever so close but not just there man, will finish his Pakistan career without any whimper? He hasn’t played an ODI for Pakistan ever since that drubbing in the group game against India in the Champions Trophy and the last T20I came in April 2017. This was despite the fact that he was one of the top performers in PSL. Pakistan seemingly, had decided it is time to move on. Wahab Riaz was dropped from the England series because of his lack of intensity in training. But brought back against Australia to see if there any fuel left in that tank.

Now, Wahab Riaz has been dropped from the Test squad too. He was given the long rope against Australia. Given a chance to build up rhythm, he was selected for the A side. Then played the 1st test. In a game, Pakistan bowled more than 210 overs, Wahab Riaz just chipped in 27 wicket less overs. The 1st innings run rate was 2.41, where Wahab gave away over 3.54 runs per over. In comparison, Mohammad Abbas bowled 46 overs at 1.52 runs per over, at the same time picking up 4 wickets. Wahab, looked off color and was reprimanded by Sarfraz for bowling outside the leg stump often. His pace was down, and there was no hint of reverse swing.

Now, Pakistan have moved on to Shaheen Shah Afridi who has played only two first class matches. Wahab being left out is not even that big a deal and not many in media are talking about it.  At 33, and a whole new generation of pacer available, it is hard to see the selectors going back to Wahab Riaz. Barring a PSL miracle, it’s time to say good bye to the Pakistan’s hustler. That special spell in WC2015 will remain in our memories but with a qualification that it didn’t win Pakistan the game.

So close not just there.