The series will kick off in Karachi from Sep 20. 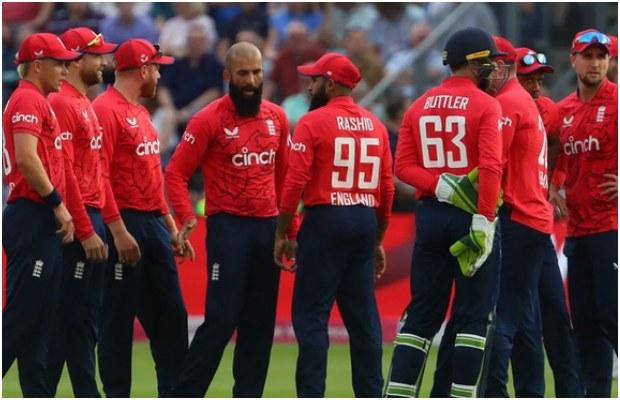 England announces a 19-man squad for 7-match T20I series against Pakistan on Friday.

The series will be played from 20th Sep to 2nd Oct in Karachi and Lahore.

In Buttler’s absence, Moeen Ali will captain the side.

England captain Jos Buttler who is recovering from a calf injury, will tour Pakistan, but he is expected to be available to play during the latter stages of the seven-match series.

The England and Wales Cricket Board (ECB) on Friday announced the squad that includes five uncapped players have been announced for the first tour to Pakistan since 2005.

The England Men’s selection panel has also named the squad for the ICC T20 World Cup 2022 in Australia starting in October, a statement from the ECB said.

While the two English players named in the ICC Men’s T20 World Cup squad, Chris Jordan (finger) and Liam Livingstone (ankle), will continue their rehab and will not tour Pakistan ahead of the World Cup but remain on track to be fit for the tournament in Australia.

Who are you most excited to see doing their thing? 🏏